END_OF_DOCUMENT_TOKEN_TO_BE_REPLACED

Most police officers in the City of Angels take very seriously their responsibility to get Los Angeles DUI drivers off the road. Occasionally, however, some law enforcement officials may turn a blind eye to someone’s drinking and driving offense. When authorities discover their actions, those officers find that they’re got legal troubles of their own. 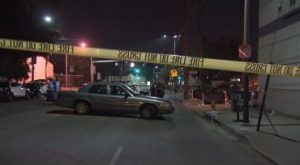 The Los Angeles Times recently reported on two officers, Rene Ponce and Irene Gomez, accused by the Los Angeles County District Attorney’s office of filing a false report and conspiracy to commit an act injurious to the public.

The case against the officers involves an incident from two years ago. On the night of October 26, 2014, a Mustang driven by an unnamed driver slammed into two cars parked on a neighborhood street. When the driver tried to flee, people in the neighborhood who had been awakened by the crash gave chase. Larry Chavez, who held the driver down until the officers arrived, said that the man was very drunk.

END_OF_DOCUMENT_TOKEN_TO_BE_REPLACED

A horrific DUI incident in San Diego may serve as a warning to drivers at risk of DUI in Los Angeles. 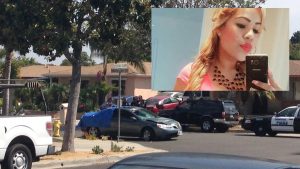 Esteysi Sanchez Izazaga, who goes by Stacy Sanchez, had apparently been drinking in two establishments before she headed for home on the morning of June 29th. Sanchez was allegedly speeding when her car left the road and hit a 69-year-old homeless man, Jack Ray Tenhulzen, who was walking on the sidewalk.

The impact was so great that it forced Tenhulzen through the windshield and severed his leg, which flew through the back window and landed on the trunk of Sanchez’s car. Tenhulzen’s body ended up in the passenger seat beside Sanchez.

But Sanchez continued to drive for another mile or so before parking the car and walking two blocks to her home. Witnesses called police to report the incident, and the officers went to Sanchez’s home and arrested her after her live-in boyfriend also called them to report she was there.

END_OF_DOCUMENT_TOKEN_TO_BE_REPLACED

Anyone who’s ever run out of gas while traveling knows just how much of a problem it can be to get the car to a safe place, call for help and wait until that assistance arrives. But if cops show up and discover that drivers have another problem—like enough alcohol in their systems to be arrested for a DUI in Los Angeles—those drivers are more likely to be headed to jail instead of to the nearest gas station. 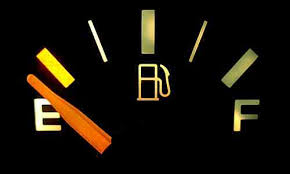 Just ask Jason Kinthiseng of Cortland, New York. When his car ran out of gas around midnight on May 4th, he flagged down an officer who was returning from handling another call. It didn’t take Sergeant Christopher Marinelli long to figure out that at that moment Kinthiseng needed a breathalyzer test more than he needed gas for his vehicle. Kinthiseng’s blood alcohol content measured .18–more than twice the legal limit. The news story doesn’t mention whether or not Kinthiseng eventually got gas for his vehicle, but he did get a charge of aggravated driving while intoxicated.

Then there was 30-year old Jovanna Dawn Talks from South Dakota. Her running-out-of-gas incident not only yielded two counts of DUI but also three counts of abuse or cruelty to a minor and one count of hit and run.

Talks had her three young children–all under five years old–in the car with her when she rear-ended a 2001 Ford Edge at an intersection in Argus. Instead of stopping, Talks allegedly kept driving and got onto I-229, where she ran out of gas. It was 3:20 a.m. when the police found her and her kids in the car, resulting in the charges against her.