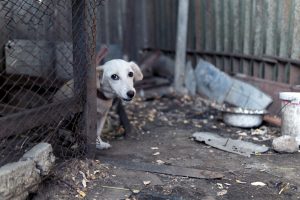 How Are Animal Cruelty and Domestic Violence Connected?

To be clear from the outset, some acts of domestic violence are impulsive (for example, an argument that got out of hand), and not every act of domestic violence is an indicator that the person will be cruel to animals, or vice versa. In most cases where these two issues are linked, it is part of an established pattern of abuse, not a misunderstanding or a one-time incident. When there is a pattern, then quite often, animal cruelty and domestic abuse will coexist in the home. The primary reason is that the propensity for abuse of an animal and abuse of a domestic partner (or child) comes from essentially the same place internally. Here are some ways in which the two are connected:

First–Along with many other states, California allows for protective orders that include pets. It’s a common issue in domestic violence situations where the partner may want to leave the relationship but is afraid to leave the family dog or cat behind because their abuser may turn their anger toward the pet. For this reason, California allows for restraining orders to protect pets as well as domestic abuse victims, giving victims permission to remove the pet from the home and/or legally bar the abuser from contact with the pet.

Second–Prosecutors are allowed to argue that acts of animal cruelty constitute “prior bad acts” to establish a pattern of abuse. While animal cruelty is not definitively recognized as a “prior bad act” in California, prosecutors can still use it as context to show that a defendant was capable of committing, or likely committed, domestic violence. (In other words, if you’re accused of domestic violence and there is evidence that you have shown cruelty to animals in the past, prosecutors may try to use it against you to convince the judge/jury of your probable guilt.)

What Does This Mean for Defendants?

If you’ve recently been arrested and charged with domestic violence, you may have some apprehension about whether this also means you’re likely to abuse a pet, or whether prior incidents of animal abuse could work against you. Conversely, if you’ve ever lost your temper with a family pet, you may worry that this means you’re capable of domestic violence at some point.

To address the last issue first—remember, the main link between animal cruelty and domestic violence is about established patterns of abuse, not isolated incidents. A single incident in either case is not a predictor of your future behavior. However, in light of the increasingly recognized connection between animal cruelty and domestic violence, you should be aware of two things if you are facing charges:

If you are facing domestic violence charges, it’s important to have compassionate legal counsel on your side to make sure any issues regarding your treatment of animals aren’t used unjustly against you. Call our offices today for an appointment.