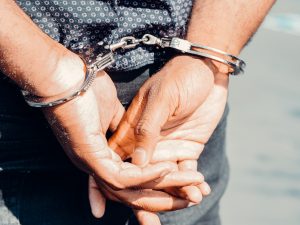 It seems like the epitome of cruel irony. You’ve been a victim of domestic violence by your partner for a while—perhaps even for years. Perhaps you’ve even reported it from time to time, but the problem persists. Finally…you’ve had enough. In a moment of stress, you “snap” and fight back against your abuser—only to find that now, thanks to California’s strict domestic violence laws, you’re the one who is placed under arrest!

How did this happen? How did the victim suddenly become the accused? More importantly, what happens now? Will you now go to jail while your abuser goes free? This is no doubt a complex situation, so let’s unpack it and see what we can learn.

The first question that is worth asking is, Did you actually commit a crime? After all, California law allows the use of force in self-defense. So when you fought back, were you committing a domestic violence crime, or were you simply defending yourself?

The answer to this question is not always clear, and it will likely depend on the specific facts and circumstances of your case. However, there are some general things to keep in mind:

While it doesn’t work in all cases, self-defense is probably the most common defense used among domestic violence victims accused of retaliating against their abusers. But when can you legitimately make a claim of self-defense that will hold up in court? The answer might surprise you. A good attorney may be able to use the self-defense argument in any of the following situations:

The upshot is that if you’re charged with a crime for retaliating against an abuser, the prosecutor’s main challenge is to prove your motive in doing so. As you can see by the above, self-defense may play a role in many acts of retaliation, even if it doesn’t appear obvious—as long as your motive was fear of harm. If, however, your motive was revenge—In other words, if there is evidence that your actions were planned and premeditated—it will be easier for prosecutors to convict you of a crime, even if everyone who knows the situation believes the abuser “deserved” it.

If You Are Convicted…

Suppose the worst outcome happens, and you’re convicted of domestic violence for retaliating against an abuser. If this happens, the important thing to realize is that judges will still take the circumstances into account when handing down a sentence. Even if you crossed a legal boundary by physically assaulting or injuring your abuser, your attorney can still argue for leniency by providing context that demonstrates that you were, in fact, a victim of abuse, and that you would not have committed the crime if you hadn’t been previously abused. Many judges will take these factors into account and impose modified sentences as a result.

Regardless of whether or not you were previously a victim, domestic violence is a serious accusation in California, and you don’t want to face the courts alone if you’re accused. For compassionate legal representation, call our offices today for an appointment.