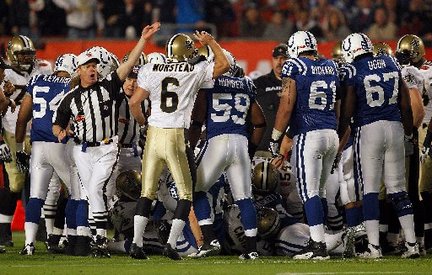 • According to the Orange County Register, in 2009, 11 people died in DUI related accidents – more than 3 times the average for Southern California DUI deaths. Also last year, 160 DUI crashes were reported in CA – twice the daily average.

• In Los Angeles proper, the spike is even spikier. We see a whopping 33% increase in Los Angeles DUI crashes/deaths on average for Super Bowl Sunday (72 people hurt/killed vs. 54 hurt/killed on a normal day).

Fortunately, the majority of Burbank DUI arrests and auto accidents end without injury to any party. Here in California, injury DUIs are covered by California Vehicle Code Section 23153(a) and 23153(b). Let’s dive into these two laws to get a better understanding of what they prohibit and how the mete out punishments.

According to 23153(a), a driver who would ordinarily be charged with a misdemeanor Beverly Hills DUI can be hit with a felony charge if she injures another person in an accident that can be clearly linked to her alcohol/drug use.

Section 23153(b) says that someone who drives with a BAC of 0.08% or more and who then violates California traffic laws and directly or indirectly hurts another person can be sent to prison. This section also lays out other punishments that can be imposed, such as court fines, jacked up insurance rates, and forced restitution to the victim or the family of the victim.

That being said, just because you’re arrested for driving under the influence in West Hollywood (or elsewhere in Southern California, such as Long Beach or Burbank), and someone got hurt in the accident doesn’t mean that you will be slapped with a felony charge. For the prosecution to succeed with a case against someone for violating 23153(a) or 23153(b), they must show that the driver violated traffic laws, behaved negligently, and caused the accident.

For instance, if you drove DUI (BAC of 0.08% or above), but the other driver caused the accident: you can still get a misdemeanor DUI, but you won’t likely get a felony DUI. Likewise, if you drive DUI and caused an accident, but you did not violate any traffic laws or act in a negligent way then you will be susceptible to a misdemeanor charge but likely not to a felony.

To sort everything out, it helps to work hand in hand with an attorney who has lots of experience.

Attorney Michael Kraut of the Kraut Law Group in Los Angeles has a unique perspective on these kinds of cases. For 14 years, Attorney Kraut served as a Senior Deputy District Attorney for LA — working to put Beverly Hills DUI offenders behind bars. After serving in this capacity, Attorney Kraut switched to representing criminal defendants; he now uses all of his hard won prosecutorial knowledge to build accurate, feasible, and inventive defenses for his DUI clients.