On Wednesday, January 27, Adrian Pasdar, star of NBC’s “Heroes” series, was pulled over for driving under the influence in Los Angeles. According to reports, the 44-year-old actor was speeding on the 405 in his Ford F-150 truck at nearly 100 miles per hour — straddling two lanes of traffic — when the California Highway Patrol pulled him over at 3 a.m. near Santa Monica Boulevard. After noticing an odor of alcohol coming from his car, the cops gave him a field sobriety test. Pasdar refused a breathalyzer and was remanded to County Jail and held on a $15,000 bond, which he posted at 8:30 AM. His misdemeanor Los Angeles DUI trial has been scheduled for February 24. Pasdar is married to Natalie Maines, one of the lead singers for the Dixie Chicks. 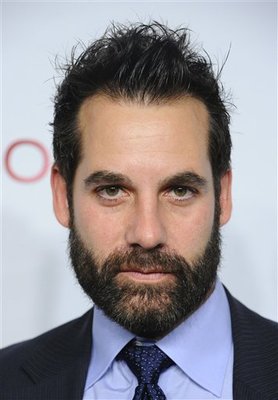 The Horizontal Gaze Nystagmus test determines pupil coordination. An officer tracks the eye movement of a suspect following an object or a light.

Common balancing tests include the One Leg Stand test, the Walk the Line test, and the Rhomberg test. With the One Leg Stand test, a driver is asked to stand on one leg. If he or she tips over, this might indicate DUI. The Walk the Line test is perhaps the most famous Southern California DUI field sobriety test. A suspect must walk nine paces back and forth on a straight line (e.g. a highway divider line). If the suspect “falls off,” then he or she might be suspected. Finally, the Rhomberg test involves leaning back and counting to 30. Again, tipping over might indicate intoxication.

The so-called Finger to the Nose test is perhaps the most common. In this exam, a driver closes her eyes and attempts to touch her nose after extending her arms. If the driver cannot “find” her nose, then DUI may be suspected.

Officers will also look for indicators of demeanor and constitution. For instance, let’s say police pull over a person on suspicion of driving under the influence in Long Beach on the 405 South. In addition to performing the FSTs, officers will also look for signs like slow speech response, impaired motor skills, disheveled appearance, watery eyes, and general lack of coordination.

If you or someone you love has been stopped and arrested for a Long Beach DUI, you may need serious legal assistance to avoid dramatic punishments. The city does not want for lawyers who are willing to tackle Los Angeles DUI defense work. But take the time to find a lawyer who has talent, experience, and a proven trial track record.

Attorney Michael Kraut (founder of the Kraut Law Group) is a battle-tested and well-respected criminal defense attorney. After attending Harvard Law School, Attorney Kraut worked for nearly 15 years as a Deputy District Attorney for Los Angeles (prosecuting cases), and he has appeared as a legal expert on networks such as CNN and Fox News.