The results of court cases in other states may not directly impact the outcome of Los Angeles DUI arrests, but they sometimes indicate the direction in which the judicial wind is blowing across the U.S. 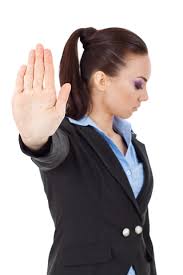 The State of Georgia has already made it harder for prosecutors to win DUI convictions because of a ruling that people suspected of DUI may be too intoxicated to give their true informed consent to a breathalyzer test. Now an administrative law judge has thrown out the state’s attempt to suspend the license of a driver accused of DUI.

Atlanta Police Officer Justin J. Brodnik pulled David Leoni over for exceeding the speed limit by 20 miles per hour. The officer smelled alcohol on Leoni’s breath and noticed that his eyes were watery. (Leoni said he had just woken up from a nap.)

Despite the fact that Leoni answered questions without any difficulty and didn’t have trouble passing a balance test, Brodnik arrested him for DUI. That meant the Department of Driver Services automatically suspended his license. The law judge ruled that the watery eyes and a moderate smell of alcohol weren’t enough to prove that Leoni was impaired, so he ordered the state to restore Leoni’s license.

In Pennsylvania, however, the state’s Supreme Court decided that drivers suspected of DUI have no right to choose the method of determining their blood alcohol content. John J. Nardone, suspected of DUI, agreed to take a breath or a urine test but didn’t want a blood test. Citing laws of implied consent (if you drive in Pennsylvania you agree to take a BAC test when requested), the state suspended Nardone’s license when he refused the blood test.

Pennsylvania’s highest court agreed with that decision, ruling that drivers who have refused any type of chemical test must pay the penalty, which is license suspension. Nardone’s attorney may ask the high court to reconsider the case, since there were three vacancies on the court at the time of the ruling.

California also has an implied consent provision found in its Vehicle Code Section 23610-23614. If you refuse a breathalyzer test, you will face a fine, suspension of your license for a year and time in jail if a court finds you guilty of a DUI.