Sometimes people who’ve had a few too many seem to go out of their way to make poor choices. Take the case of Juan Pablo Garcia, a 22-year-old Uber driver arrested for a DUI in Los Angeles on New Year’s Day. 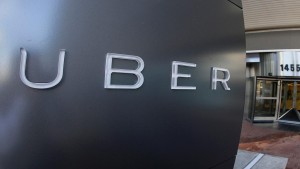 As a Uber driver, Garcia didn’t have to pick up passengers, but he decided to respond to a 1 a.m. call from 19-year-old Arlene Mendez, who was looking for a ride. According to CBS Local Los Angeles, Mendez later related that she felt uncomfortable with Garcia’s driving almost from the start. Her fears increased when she peered over the back seat and saw that Garcia was hitting 80 miles per hour on city streets. Garcia ignored her pleas to slow down and ended up slamming into another vehicle, overturning his own car in the process. Fortunately, Mendez wasn’t seriously hurt.

But Garcia’s poor decision will cost him. Busted for DUI, Garcia will no longer be eligible to drive for Uber. And under California Vehicle Code 23152, he will face up to six months in jail and pay fines up to $2,000 if it’s his first offense. The penalties will be more severe if he’s had a previous DUI conviction in the past 10 years.

Another example of a bad decision is the case of 49-year old Patricia Ebel, who earned her 10 minutes of infamy last April. When police in Naples, Florida, stopped her because of her erratic driving, Ebel failed the sobriety test and got a trip to the police station on charges of DUI. (She had a blood alcohol content higher than .15.) To make matters worse, Ebel had a passenger–her 10-year-old grandson.

Ebel pleaded guilty to DUI and got off fairly lightly with a sentence of one year probation. The judge also warned her to keep off the alcohol. But Ebel literally blew her chance of staying out of jail when she failed a breathalyzer test administered by her probation officer. Police arrested her and took her to jail, where she remains—without bond—pending a court hearing.