The diverse circumstances in which people get arrested for driving under the influence in Los Angeles (and other places) never cease to surprise. 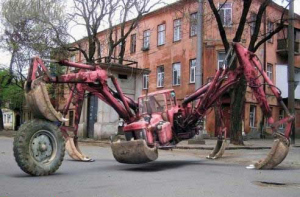 A few years ago, we blogged about a spate of lawnmower DUIs that defied common sense – and earned more than a few snickers from the peanut gallery in places like Reddit.

Snide comments about lawnmower DUIs aside, it’s useful to understand that California DUI law can be applied to broad and unusual circumstances. Consider, for instance, the legal situation facing 41-year-old Criss E. Gruber, who stands accused of multiple charges, including violating light regulations and bicycle DUI, after he crashed a few weeks ago in the town of Enola.

Fortunately, no one got seriously hurt in the crash, although Gruber himself got banged up when he hit a road construction sign on Route 11/15 on November 16th. Investigators believe that he hit the sign because he lacked safety lighting on his bicycle. Blood alcohol tests revealed that he had a 0.16% blood alcohol concentration. For those of you who are keeping score, that’s twice the legal limit for DUI, per California’s Vehicle Code Section 23152.

Bicycling with DUI can be tragically dangerous for many reasons – some obvious, some not so obvious:

•    When you’re under the influence of alcohol (or fatigued or angry or distracted by a cellphone), your timing gets worse. In other words, you are less likely to brake in time to avoid accidents or swerve to avoid hazards, etc.

•    When people with certain personalities drink, they tend to be more likely to take risks, such as driving without a helmet or driving on a busy surface street or freeway;

If you caused an accident while DUI on your bike, you can face a slew of very serious criminal penalties, including felony charges.

No matter what happened to you or what charges you face, a qualified Los Angeles DUI defense attorney with the Kraut Law Group can assist you with constructing an appropriate, sensible and meticulous defense. Contact attorney Kraut today to schedule a free consultation.