If you were to see someone driving erratically down a street in your neighborhood, hitting other cars, what would you do? For most people, the instinct would be to get out of the way; they would want to avoid getting in the path of a DUI driver or in the path of anyone who appeared so out of control that they might face arrest for a DUI in Los Angeles. 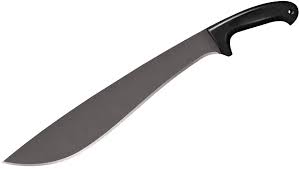 But Californian Kevin Johnson is made of sterner stuff. When Johnson felt the safety of his neighbors was at risk, he took action to ensure that an alleged DUI driver couldn’t stay on the road.

The unidentified driver of a green SUV was causing damage in Bay Terraces in San Diego around 8:30 p.m. on the night of May 31st. According to TV news reports, the man was swerving all over the road and finally crashed into a fire hydrant and then several parked cars. But that didn’t faze him–he tried to keep going.

Johnson’s black Nissan Altima was one of the cars hit–and Johnson was in it. He decided enough was enough and blocked the road with his damaged vehicle so the suspect couldn’t flee.

Despite Johnson’s efforts to talk the driver out of his car, the man continued to try to leave the neighborhood, hitting Johnson’s Altima several more times on purpose. Eventually the DUI driver gave up. Johnson, who has three kids, said his main concern was for the safety of his neighbors.

When police arrived they found the driver had several liquor bottles, pot and even a machete in his vehicle. They arrested him on suspicion of DUI.