Quick quiz: let’s say someone pulls you over on suspicion of driving under the influence in Los Angeles. Should you: 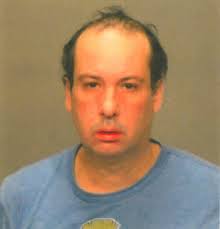 (a) Cooperate with the officer and avoid making your situation worse?

(b) Spit in the officer’s face?

If you answered (a), you are correct. If you answered (b), you may have something in common with 47-year-old Gabriel Fenteany, a chemistry professor at the University of Connecticut (UConn). Police in Vernon, Connecticut busted Fenteany Saturday night for allegedly driving under the influence, after officers noticed him failing to signal as he drove into a parking lot.

•    Finger to the nose test. While closing your eyes, you reach your arms out on both sides and then try to touch your nose with the tips of your fingers.
•    Horizontal nystagmus test. A police officer shines a light in your eyes to look for delayed pupil reactions, which can be signs of DUI.
•    Count backwards by threes test. This test measures your mental acuity. If you’re DUI, you should be less capable of sustaining the concentration it takes to subtract numbers in your head;
•    Walk the line test. This is the most famous DUI test. The driver must walk on a painted line, like a balance beam, to demonstrate equilibrium and coordination.

Professor Fenteany’s bust was actually just another unfortunate event in a long stream of unpleasant events for him. Back in December, the Assistant Professor of Chemistry got in trouble with the law, after he damaged cars in the town of Greenwich and urinated in the parking lot. In wake of that incident, UConn placed him on administrative leave. Meanwhile, last month, police came to his apartment to enquire about a welfare check, and he allegedly used a racial slur and kicked and spit at the police officer who showed up.

There is no reason to make your legal situation worse than it is.

Unfortunately, if you are already in difficult straits, you may not understand what you need to do to straighten your situation out and get the help you need. Contact with the team here at the Kraut Law Group for a free and thorough consultation about your possible Los Angeles DUI defense options.