Our Los Angeles DUI blog strives to humanize the experience of being arrested and prosecuted for driving under the influence. 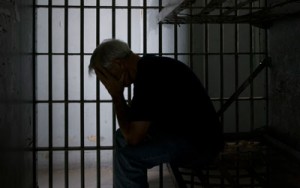 DUI charges can be isolating and scary. Many defendants feel like they are “in it alone.” So it can be helpful to survey the vast catalogue of DUI events that happen every day and put those events into context. To that end, let’s take a close look at two poignant June DUI stories.

First, let’s head up to Montana, where 63-year-old Rick Fincher of Big Sky recently got hit with his third DUI charge… while en route to bail his wife out on charges of DUI!

According to the Bozeman Daily Chronicle, Fincher got word that police stopped his 44-year-old wife, Stacey Joe Fincher, and arrested her for DUI. She allegedly tested at 0.201% BAC – more than 2.5 times the legal limit here in California.

Police then pulled over Fincher’s pickup truck near the jail; his BAC allegedly tested at 0.159% – nearly twice the legal limit.

Meanwhile, an alleged DUI driver hit and killed 81-year-old Edward Salkin in Corona Del Mar on June 12, near Morning Canyon Road. Officers arrested a Costa Mesa resident, 23-year-old Robert Greaney, in connection with fatal accident. Salkin had been a Professor of Pedatric Dentistry at USC, and he operated a thriving practice in Huntington Beach.

Whether you face manslaughter charges or less serious but still scary charges, like a misdemeanor count per CVC 23152, call the Kraut Law Group today to schedule a free and confidential consultation with an experienced Los Angeles DUI defense lawyer.