In the annals of arrests for driving under the influence in Southern California, the March 3 bust of 56-year-old Roy Ashburn for driving with a BAC of 0.14% in Sacramento wouldn’t stand out as particularly noteworthy — but for two salient points: 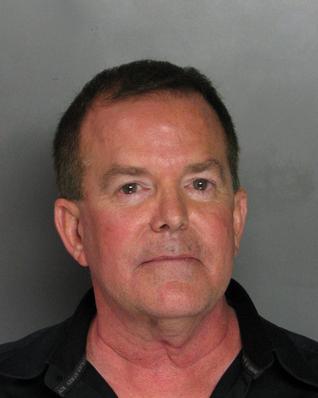 1. Roy Ashburn is a State Senator from California (a representative of District 18).
2. The Senator was busted after leaving a gay bar called Faces with a young male Latino in his car — this in spite of his pronounced anti-gay voting record and the fact that he had been married with five children.

In the wake of the arrest, Ashburn quickly confessed to the press the he was gay. He justified his 12+ years of Assembly and State Senate voting against gay rights by saying that he was simply following the wishes of his conservative constituents. Southern California DUI bloggers have noted that the Republican senator’s ordeal has rhymed closely with the travails of other recently outed Republicans, like evangelical Ted Haggart and senator Larry Craig, who was caught playing footsie with a federal agent in a public men’s room.

According to California Vehicle Code Section 23152(a) and 23152(b), most first time offenders will be charged with a misdemeanor. The court has an array of punishments at its disposal, including mandatory time in custody (48 hours), fines of up to $1,000 in addition to court costs, mandatory suspension of California vehicle license for a full year, mandatory alcohol school, formal probation, and mandatory installation of an interlock ignition device in your car or truck.

Ashburn was given 2 days jail time — one of which he served while being in custody during arrest. The other day will involve him working for the Sheriff’s Department. He also has to pay fees and costs of around $2,000, and he will face three years of probation.

According to the senator’s spokesman, Ashburn “accepts full responsibility for his actions (and wants to be) treated like any other resident of California would be treated.”

Although few would argue that the senator got off “easy” for what he did, others charged with similar crimes of driving DUI in Glendale or DUI in Burbank can wind up with much more serious penalties, including longer stints in jail, harsher terms of probation, and much higher costs and fees.

In fact, if you injure someone while driving DUI in Glendale, and the prosecution can prove that your driving DUI led to an accident that caused the injury, you can be charged under California Vehicle Code (CVC) Sections 23153(a) and 23153(b), which could elevate your misdemeanor to a felony charge. If convicted, you could be stripped of your right to vote and forced to spend longer time in jail.

So what can you do if you’ve been hit with a Burbank or Glendale DUI charge?

A smart response is to retain an experience criminal defense attorney, such as Michael Kraut of the Kraut Law Group. For nearly 15 years, Attorney Kraut worked as a prosecutor for Los Angeles — putting DUI offenders behind bars. Now as a criminal defense lawyer, Attorney Kraut employs his extensive prosecutorial knowledge to build the best possible defenses for his clients.