The AP has reported that Pamela Bach was arrested on charges of DUI in Southern California on Saturday night on the 101 freeway. The police report said that the former Baywatch beauty and (now ex-wife of David Hasselhoff) blew a BAC level of 0.13% or 0.14% — significantly over the state’s legal limit of 0.08%. She was booked at the Van Nuys jail and released after posting a $15,000 bond. Bach confessed to her misjudgment in a public statement: “I am remorseful and mortified. I am going through a really difficult time between David being in the hospital and going through the divorce.” 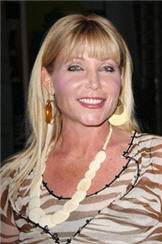 According to the AP, Bach had been arrested in 2007 for a hit and run — a charge which was later dropped when she reached a settlement with the woman whom she hit. She was also on probation for a DUI in Southern California she received back in August.

As a savvy Van Nuys DUI attorney would tell you, the legal defense for someone charged multiple times with DUI in California can be exponentially complicated. Multiple violations of California Vehicle Code Section 23152(a) and 23152(b) can result in increased penalties.

First-time DUI offenders face serious-enough penalties, including six weeks minimum alcohol school, suspension of driver’s license for a year, 4 hours in police custody, fines, and other assorted penalties. But the punishments get much worse with multiple convictions. Second time offenders can receive a two-year driver’s license suspension, a minimum of 18 months in alcohol school, and a mandatory four-day jail sentence. A third time offender can get a three-year driver’s license suspension, 18 months minimum in DUI school, and a minimum of 120 days in police custody. A four time DUI offender (within 10 years) can get a minimum of 180 days behind bars (just for a misdemeanor DUI) and may have to pay additional fines and penalties.

If you or a friend or loved one has been arrested for Burbank DUI or DUI anywhere else in Southern California, look to the services of a qualified attorney.

Michael Kraut (of the Kraut Law Group) boasts impressive credentials, including a degree from Harvard Law school and many years experience working as a prosecutor for the city of Los Angeles (Deputy District Attorney). He has demonstrated success time and again with a variety of complex cases, and he can provide both the strategic guidance and compassionate support you need at this juncture.