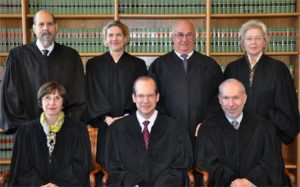 The judges also pointed out that DUI is a motor vehicle violation and not a criminal offense.

The one justice who voted against the majority pointed out in his dissenting opinion that every other state allows motorists charged with some number of DUIs to opt for jury trials. He argued that the Bill of Rights gives citizens this right. The American Civil Liberties Union had filed an amicus brief in the case that supported this position.

The deciding factor for most of the justices appeared to be the six-month limit for jail sentences for multiple DUI defenders. The majority decision noted that the state legislature has increased penalties for multiple DUIs several times and that any further increase in jail time might lead the court to reconsider its decision. The article points out that the U.S. Supreme Court ruled back in 1968 in Duncan v. Louisiana that defendants facing six months or more in jail would be entitled to jury trials.