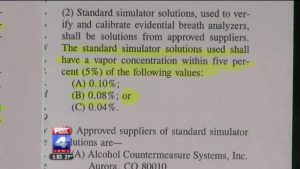 Platte County Prosecuting Attorney Eric Zahnd estimates that the legislature’s inaction has put thousands of DUI cases in jeopardy. He’s hoping that Governor Jay Nixon will call a special session of the legislature to address this issue and several other related ones.

Californians might see a change in the state’s laws dealing with first-time DUI offenders. Senate Bill 1046, passed unanimously by the Senate Public Safety Committee, calls for jurisdictions across the entire state to require ignition interlock devices for all convicted DUI offenders. Only four California counties—Alameda, Los Angeles, Tulare and Sacramento—presently require those devices.