Last Monday, a fatal Los Angeles DUI incident shocked and outraged the community. A black BMW swerved out of control into a pedestrian, killing him, and then crashed into a school bus, injuring dozens of kids. If you have been recently arrested for a non-injury DUI in Burbank, DUI in Glendale, DUI in Pasadena, or DUI in Los Angeles; this horrific story can serve as a crucial cautionary tale. 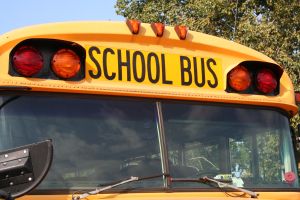 According to UPI reports, several witnesses saw a BMW fly through a red light, slam into a pedestrian, and then crash into a bus carrying students from Los Angeles’s Roosevelt High School, flipping it over onto a Metro Link platform. After the crash, the BMW’s driver and a passenger got out of the vehicle and tried to escape on foot. But a pair of construction workers saw them, ran after them, and detained them until police showed up and took them into custody. Of the 54 students on the bus, 16 got treated for non-critical injuries.

If the allegations turn out to be correct – that the BMW’s driver did hit and kill someone while DUI and then fled the scene of the crime – then the driver could get into profound amounts of trouble. The state takes the crime of driving under the influence extremely seriously. Even if you don’t hurt anyone or cause any property damage, if you get behind the wheel of a motor vehicle with a blood alcohol concentration of 0.08% or higher, or if you otherwise drive under the influence of alcohol, drugs, or even prescription medications, you can be arrested and charged pursuant to California Vehicle Code Sections 23152 (a) and/or 23152 (b). Your punishments can range widely and can include jail time, license suspension, extremely strict probation terms, steep fines and court costs, and mandatory interlock ignition device installation.

If you hurt someone while driving under the influence in Pasadena or elsewhere in the Southland, your charges can be ratcheted up significantly. Then you might be subject to California Vehicle Code Sections 23153 (a) or 23153 (b), which elevate what might be a misdemeanor charge to a felony — a significantly more substantial charge.

And if you drive while DUI and cause someone’s death, you can be hit with a variety of charges, depending on the circumstances of your accident, including:

If you face any DUI count, a conviction can impact your financial future and even your freedom. To protect yourself, consider retaining an experienced Southern California DUI attorney.

Attorney Michael Kraut, a Harvard Law School educated former criminal prosecutor, can help. Michael Kraut worked for 14+ years for Los Angeles as a prosecutor – putting DUI defenders (among others) behind bars. He now leverages his unique experience and connections to help people accused of crimes like DUI in Los Angeles develop and execute effective defenses.