Christopher Blair Gish, arrested three times for DUI in Pennsylvania, should be glad that he doesn’t live in California. If courts convict someone of a third DUI in Los Angeles, that offender is looking at a minimum of 120 days in jail. But the 39-year old Gish managed to avoid Pennsylvania’s minimum penalty of 90 days in jail thanks to a now-closed loophole in the state’s DUI laws. 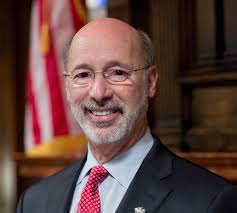 Citizensvoice.com reports that police picked Gish up for DUI three separate times in an 11-day period during August and September 2014. If that happened in Pennsylvania today, as a three-time DUI offender, Gish could be looking at up to 10 years in prison. But Gish’s arrests came during a time when police could not charge drivers previously arrested on a DUI—but not yet convicted and sentenced—of a second or third offense. The officers could only charge them as if each incident was a first offense.
In the meantime, however, the Pennsylvania legislature passed a new law eliminating the repeat-offender loophole, and Pennsylvania Governor Tom Wolf signed it into law on October 2014.

In January 2015, Gish, a resident of Dickson City in northeast Pennsylvania, pleaded guilty to all three DUI charges. A judge sentenced him to 18 months of court supervision and six months of house arrest. But after a local newspaper carried a story about the case, the local district attorney asked the judge to reconsider Gish’s sentencing and apply the harsher penalties. Gish then withdrew his guilty plea.

In August 2015, a judge found Gish guilty of the charges but concluded that the original sentencing should apply since Gish had committed the DUI offenses before the new law took effect. Since Gish had already served the six months house arrest, he’s now free. But he will have to wear an alcohol-monitoring anklet, avoid drinking alcohol and attend 90 AA meetings in 90 days.