Last week, 30-year-old fire department captain John David Hines was convicted of an April Fool’s Day Long Beach DUI hit and run. According to an L.A. Times report, the captain had a blood alcohol concentration of nearly three times the legal limit for Long Beach DUI (according to California Vehicle Code Section 23152: 0.08% BAC) when he slammed into 47-year-old bicyclist Jeffery Gordon and sent the man flying more than 70 feet. 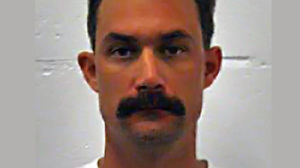 Hines will serve 90 days in a California prison and may face a jail sentence of up to six years, depending on how things go during his sentencing hearing on December 2.

According to the Times, “Hines pleaded guilty to felony driving under the influence of alcohol causing bodily injury [in Long Beach], driving with a blood alcohol over the state limit and hit and run with injury. Because his blood alcohol level was so high, he was also convicted of several sentencing enhancements.”

This last bit of information – about how his sentence was increased because of his excessive BAC level – should be of interest to anyone recently arrested for a similar crime.

In a “best case” scenario, your Long Beach DUI criminal defense attorney might be able to clip your sentence down or even get the charges dismissed altogether. But if you killed someone while DUI, depending on the circumstances, you could be face a DUI murder charge and wind up with life behind bars.

This is a huge range of possible punishments.

And while there is obviously no “one-size-fits-all” solution to Long Beach DUI charges, your choice of attorney can make an enormous impact on your ultimate outcome. Long Beach’s Kraut Law Group (444 West Ocean, Suite 800 Long Beach, California 90802 Phone: (562) 531-7454 ) can clarify your options and develop a strong case for you. Attorney Michael Kraut served as a prosecutor for nearly a decade and a half – this fact gives the Harvard Law School educated attorney a huge advantage when building DUI defenses. He also can leverage his excellent jury trial record, status as a Long Beach DUI media observer, and relationships with the legal community to get you the results you crave.