Eleven U.S. states have now legalized or decriminalized marijuana. California, which approved of the use of the drug for medical purposes, also seeks to legalize the drug completely in the next few years. But the move to legalization raises the question of how marijuana impacts a driver. How much THC (the active ingredient in marijuana) would have to be in the bloodstream before police could charge someone with a DUI in Los Angeles? 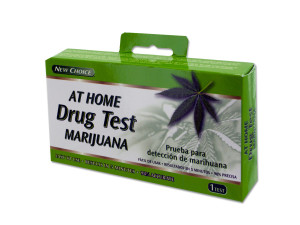 A Florida state legislator, Dave Kerner of Lake Worth, believes that there should be a standard for determining marijuana intoxication when it comes to driving, just as there is a blood alcohol content for people who drink. He thinks that at 5 nanograms of active THC in the bloodstream, the courts should presume that the person is driving under the influence of cannabis.

Kerner introduced a bill into the Florida Legislature to make this standard the law in the Sunshine State. He named the bill the Naomi Pomerance Victim Safety Act in honor of a 16-year-old girl killed in a crash caused by a person high on marijuana. Kerner isn’t a marijuana opponent, however; he supports medical marijuana.

Other states are addressing this issue as well. Colorado, where marijuana is legal, already has a law that presumes that someone is operating under the influence if the THC level in the bloodstream is 5 nanograms or higher.

The National Highway Transportation Safety Administration says that data from road traffic arrests and fatalities indicate that after alcohol, marijuana is the most frequently detected psychoactive substance among drivers. Marijuana has been shown to impair performance on driving simulator tasks and on open and closed driving courses for up to approximately 3 hours.
“Decreased car handling performance, increased reaction times, impaired time and distance estimation, inability to maintain headway, lateral travel, subjective sleepiness, motor incoordination, and impaired sustained vigilance have all been reported,” according to the NHTSA. The organization has not taken a position, however on the use of THC levels to measure driver impairment.