A Halloween night DUI in Los Angeles left 10 people injured and a 40-year old man in jail for allegedly driving while impaired.
According to KTLA channel 5 and other local news reports, Michael Maurice Wilson had cocaine in his possession when police finally caught up with him after his out-of-control driving spree. Wilson, who was driving a rented U-Haul truck, allegedly initially sideswiped a parked vehicle on Seventh Street. But he didn’t slow down, and ended up traveling a short distance in the wrong direction on Seventh Street. He finally crashed into a motorcycle carrying two passengers and a vehicle with four occupants. (The driver of that vehicle was making an Uber run.) Wilson then plowed into a sidewalk, hitting several pedestrians before coming to a stop. 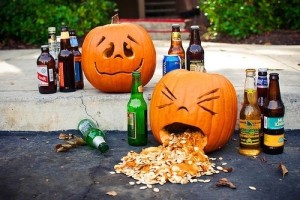 Wilson, who told police he had been heading to the store, abandoned his truck but didn’t get far before police arrived.

Ten people received injuries during Wilson’s scary Halloween drive; three ended up in the hospital, but police said none of the injuries was life-threatening. Wilson allegedly admitted that he was under the influence of marijuana, and police booked him on charges of DUI and possessing cocaine.

Halloween can be a deadly night for DUI drivers and others they involve in accidents. According to the National Highway Transportation Safety Administration, DUI-related accidents on October 31 killed 119 people nationwide in the years between 2009 and 2013. Close to half (43 percent) of all fatal motor vehicles on Halloween involved motorists who were driving under the influence.

With Halloween on a Saturday night this year, police in many states took extra precautions, setting up DUI checkpoint in several cities. A police crackdown in Napa County yielded five arrests for driving under the influence; a similar effort in San Diego brought in four drivers suspected of DUI after they failed sobriety tests.