Drivers arrested for DUI in Los Angeles often have a history of repeated offenses. Taking away their drivers’ licenses doesn’t seem to prevent them from driving while intoxicated; neither does jail time. But each time they get behind the wheel, they not only put other people at risk of injury of death, but they also risk their own welfare and the well-being of any family members who depend on them for support. 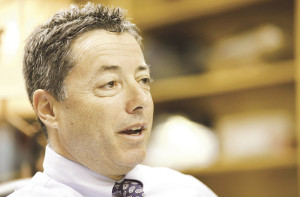 What can be done, for real, to solve the problem at its root?

California’s Monterey County Superior Court is attempting a radically different approach that could, if successful, alter how we think about DUI treatment and prevention. According to reports on KSBW and in the Monterey County Weekly, the Court has recently launched a new Driving Under the Influence Court. Judge Sam Lavorto had the idea for this special court, which will operate on a therapeutic model, trying to get help for people who have alcohol problems so that they won’t repeat their offenses.

The program depends upon a collaborative approach by the county’s court, probation office, behavior health department, district attorney, public defenders and sheriff’s office. With a $350,000 grant from California’s Office of Traffic Safety, the county will launch a pilot program for second and third-time misdemeanor DUI offenders who are ready to admit that they have an addiction problem. (Felony DUI drivers won’t qualify for the program.)

Participants will receive treatment (including counseling from substance abuse counselors) as well as strict supervision while they’re taking part in the program. This year’s funding could help up to 39 DUI drivers. This is the ninth special DUI court in California.

Government officials and program participants face a difficult challenge. According to the newspaper report, police arrest 2,000 people each year in Monterey County for DUI, and 600 of them are likely to become repeat offenders. If the program succeeds in reducing those numbers, the court would like to find funding to make it available to more drivers with substance abuse problems.
Los Angeles DUI defense lawyer, Michael Kraut, of the Kraut Law Group is standing by to offer critical insight into your case and potential defense options. Call him and his team today to begin regaining control over your case and your life.