You’ve got to admire people who try to do their jobs in the face of all difficulties. That’s especially true when it comes to bus drivers and trash collectors, who provide services that we all rely on. But there is a point when it may be better to take the day off–when you’re at risk of getting charged with a DUI in Los Angeles, for example. Unfortunately, the two gentlemen featured below didn’t stay home and out of trouble when they had too much to drink but instead reported for work as usual. 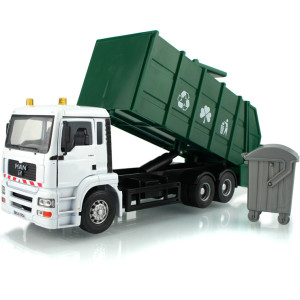 50-year-old Joe David Stanley allegedly had been driving a school bus in Fort Worth, Texas, at about 1 a.m. in the morning of June 1st, when he ended up stuck in the mud in a highway median. Fortunately, he was not carrying school children at the time; the company he works for, which provides transportation for Joshua Independent School District, also contracts out for special events. (Reports say that Stanley was supposed to provide transportation for a wedding party.)

Cops called to the scene smelled alcohol on Stanley, and they ended up tagging him for DUI.

Next, consider the parallel situation of 45-year-old Johnny Gentry, who showed up early one morning in June for his job as a trash collector in Scott County, Kentucky. That go-getting behavior would be commendable, except reports say that Gentry had been overindulging in alcohol. About two hours into the workday, he hit a retaining wall with the garbage truck, then overcorrected, turning the truck over into someone’s yard. Cops called to the scene measured Gentry’s blood alcohol content at three times the legal limit, earning him some time off–in jail on a charge of DUI.