Hopefully your Glendale DUI accident and/or arrest was not nearly as horrendous as was 20-year-old Karlie Tomica’s. 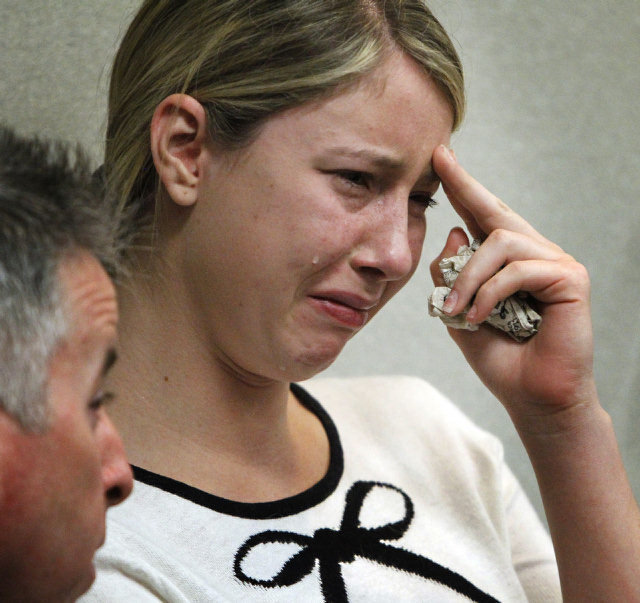 The South Beach, Florida bartender recently pled not guilty to DUI manslaughter charges stemming from the hit-and-run death of Stefano Riccioletti, a chef at the local Shore Club. The Circuit Judge in the case set bail for the so-called “Party Princess” (her Twitter handle) at $77,000 because of the brutal facts about the fatal crash.

Local police from Miami Beach allege that Tomica sped into Riccioletti, while he was walking to work early morning January 28. The following description is pretty graphic, so feel free to skip to the subsequent paragraph if you don’t want to have to read these difficult words: “the impact was so violent that her car was severely damaged, covered in skull fragments and brain matter… A nearby street barricade was painted in blood… Tomica refused to stop, and started driving several miles to her 17th floor condo, even as a good Samaritan followed and tried to get her to stop.”

Ultimately, the police caught up with her and took her to the station, where they gave her a toxicology test. They found that she had a staggeringly high BAC of 0.225%. For you record keepers, that’s nearly three times the legal limit for driving under the influence in Glendale. Meanwhile, they also found she had stolen another woman’s driver’s license (likely to use to buy the alcohol).

It’s really a very sad situation. Not only will this woman now face a DUI manslaughter charge, but she will also face many ancillary charges. It goes to show that DUI drivers often engage in not just one but multiple acts of incompetence or bad decision making — creating a kind of a “bad move” snowball effect.

It would have been bad enough if she just hit and killed the chef while DUI. But she insisted on driving home after the fact, so now she will be saddled with an additional hit-and-run charge.

This “making a bad situation worse” behavior does NOT indicate a fundamental lack of moral fortitude. It just suggests that one bad decision can trigger multiple bad decisions. The famous rock group, Pink Floyd, put it best in their song “A Momentary Lapse of Reason”: “one slip, and down the hole you fall. It seems to take no time at all. A momentary lapse of reason that binds a life to life. It’s a small regret, and we won’t forget, there’ll be no sleep in here tonight.”

Of course, after your momentary slip (or slips) of reason, you still need and deserve a solid defense. Connect with the Glendale DUI defense lawyer Michael Kraut now for a free consultation. Attorney Kraut is a Harvard Law School educated ex-prosecutor who has plenty of experience and tremendous compassion for DUI defendants.