When you got pulled over on suspicion of driving under the influence in Long Beach, you felt terrible and scared. 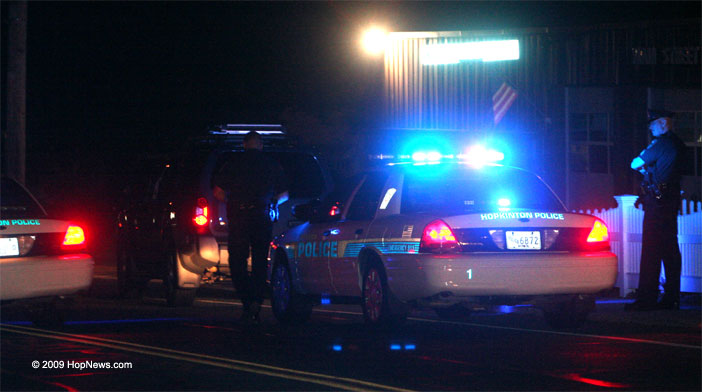 You can be forgiven if you allowed yourself to envision doing “something, anything” to escape the charges, the humiliation, and the punishment. But there is a difference between thinking such thoughts (e.g. “if I hightail it out of here, I could reach the Mexico border by sunrise!”) and actually ACTING on them.

Unfortunately, sometimes when we’re extremely intoxicated or nervous, we can act impulsively on not-so-smart thoughts.

Consider, for instance, the following recent New York City DUI debacle. A 24-year old resident slammed his car into a mailbox in Lower Southampton. Witnesses saw the vehicle driving without its lights on in the middle of the night. When police finally pulled the young man over, he was “slumped in the seat and looked upset when he saw the authorities who stopped him.” The police tried to put him through the paces of a field sobriety test, but “he failed them all” and didn’t even “lift his feet off the ground when [the police] asked him to.”

After police arrested the man and took him into custody, he still failed to cooperate.

He later blew a 0.18% on a breath test (well over two times the legal limit for Long Beach DUI) and agreed to do a blood test at St. Mary Medical Center. But then he recanted and decided not to give blood. Finally, he was thrown back into police vehicle and taken to a station in Lower Southampton, where he shouted at a police officer and even bribed him with $1,000 to let him go.

Ultimately, police showered him with a litany of charges, including hit and run, property damage, DUI and refusal. His parents later picked him up at the station.

When you read a story like this, you probably feel some compassion. Unfortunately, many Long Beach DUI defendants do not get nearly enough empathy from society, from prosecutors, from bosses and colleagues, and even from spouses and family members.

You’ve been through a tremendous amount. You’d really like someone to listen to your concerns and help you develop a battle plan to fight back against the Long Beach DUI charges.

Look to the experienced team here at the Kraut Law Group to help you get a handle on your Long Beach DUI defense, and to move beyond this difficult and unexpected chapter in your life.