Motorists who know they’ve had too much to drink do the right thing when they call a cab to take them home. But if they get into the wrong cab, they could end up talking to a Los Angeles DUI lawyer, not as a client but as a witness. 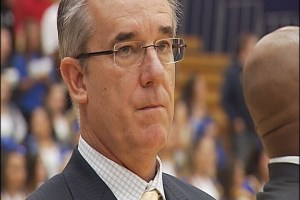 Of course, cab drivers are human, and they make mistakes just like everyone else. A Google search reveals multiple incidents of cab drivers in various states arrested for DUI over the past year. Last July, a Bluegrass Taxi driver in Lexington, Kentucky, William Maddox, started talking to police at a convenience store where he had just bought beer. It didn’t take officers long to realize that the cab driver was too impaired to drive.

Ironically, the police had been searching for an hour for this driver after receiving reports of his erratic driving, but they had not been successful in locating him. They might not have even stopped Maddox if he hadn’t approached them and started a conversation. Maddox’s slurred speech and the smell of alcohol that emanated from him alerted the officers to his condition.

Despite these arrests, calling a cab is always a better alternative than attempting to drive when you’ve had too much to drink. California law treats drivers convicted of DUI harshly, with fines, penalties, suspension of driver’s license and sometimes jail time as well.