Driving under the influence is never the right way to travel, and sometimes that lesson is quite literally true. Even an experienced Los Angeles DUI attorney could have difficulty making a case for someone who decides to drive along an interstate highway while under the influence—especially when that driver is headed in the wrong direction. 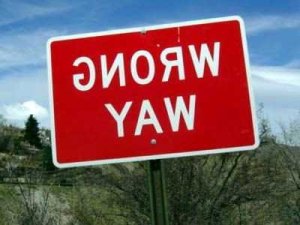 According to the Illinois News Gazette, police officers managed to stop 60-year old Michael Jay Nolan from driving west in the eastbound lanes of Interstate 74 in Champaign County. The alleged DUI driver had traveled five miles in the wrong directions, from Ogden to St. Joseph, before a sheriff’s deputy was able to get his pickup truck to stop.

Considering the distance that Nolan covered, it’s fortunate that he forced only two drivers off the road during his wrong-way drive. A 20-year-old woman, Ashley Lurry, ended up in the median after meeting up with Nolan in her Chevrolet Cobalt. She and her passenger received treatment for minor injuries at a nearby hospital.

A Toyota Camry driven by 61-year-old Denise Chestnut landed in a ditch after swerving to avoid a head-on collision with Nolan’s truck. Although her Camry may never be the same—and Chestnut will probably never forget the sight of the headlights coming towards her on an expressway—she wasn’t injured.

Police were able to stop Nolan about 15 minutes after they received the first calls from frantic motorists alerting them to the problem. Nolan received tickets for illegal transportation of alcohol and improper lane usage—not his biggest problems, since the police also charged him with DUI.

One thing that Nolan and the two other drivers did right, however. According to the paper, all of the people involved had buckled up before they hit the road.