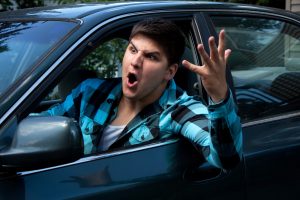 On the one hand, the number of annual alcohol-related vehicle deaths has fallen considerably since that day—from 18,000 in 1988 to around 10,000 in 2016. On the other, as pointed out by Karolyn Nunnallee (the mother of one of the children killed in the crash), DUI has still claimed 375,000 lives over the past three decades. It begs the question: Are we really making progress?

Primary takeaway: If you ask the statisticians whether the Carrollton accident has made a difference, they would likely say we are definitely heading in the right direction. If you ask the surviving parents of the victims of that horrible accident, they are more likely to tell you that even one more DUI death is one death too many. The common thread between these two points of view: Much work remains to be done.

If you have been arrested and/or charged with DUI, whether guilty or not, you need compassionate legal representation to protect your interests. Call our offices today to learn more.

Ignition interlock devices provide much fodder for the press these days. As a recent technological advance, they are intended to prevent people with a previous DUI record from committing a repeat offense; however, they are not without their flaws. Ignition interlock can often by bypassed by having a sober passenger breathe into it—and of course, there’s nothing stopping someone with a DUI record from getting behind the wheel of someone else’s car.

That said, as the Washington Post reported, recent studies have shown that ignition interlock devices are actually having an overall effect as a deterrent. While, the devices themselves are imperfect in actually preventing people who are determined to drive, the research shows that intoxicated potential drivers are beginning to make better choices at the prospect of having to use the device. In other words, the very threat of an ignition interlock is enough to keep many of them from getting behind the wheel while drunk. The research also shows that states requiring ignition interlock are experiencing a decline in DUI fatalities by 7 percent overall.

Primary takeaway: A solution doesn’t have to be flawless to produce results. While developers continue to work on ways to make ignition interlock devices more foolproof—and while thought leaders continue to debate on the privacy issues surrounding these devices—the facts now show that the very existence of these devices is having a positive effect on the numbers.

3. Scared Sober? Does It Work?

An article published in Slate shines a light on a new experimental technique in DUI prevention. Well, it’s actually not new, nor is it all that experimental. In fact, it’s nothing short of a scare tactic.

In Orange County, if you are a teenager convicted of DUI, the court may now require you to pay a visit to a morgue to view the bodies of people killed in alcohol related accidents. As a more extreme example, the nation of Thailand sentences convicted DUI offenders to work in the morgues. In fact, many communities across the U.S. are resorting to this tactic hoping to provide DUI offenders with a visceral wake-up call so they won’t commit the same offense a second time.

The real question is: Does it work? It depends on whom you ask and what evidence they present.

Research reported by the National Highway Traffic Safety Administration suggests that nearly a third of first-time DUI offenders will commit a second offense—not a good number. However, the authorities in Orange County claim that for those who have visited the morgues, their recidivism rates are less than 2 percent.

Primary takeaway: The question of whether scare tactics work will probably always be up for debate—but if proponents of this tactic are correct, all it will take to keep you from a second DUI is a visit to the morgue.

These stories all point to different aspects of an ongoing conversation about whether we are doing enough as a society to prevent DUI, and whether the things we’re doing are having a strong enough impact. Obviously, if you are currently facing DUI charges, the issue hits closer to home: How can you keep from committing a second offense? If you need compassionate legal counsel when facing a DUI charge, call our offices today.