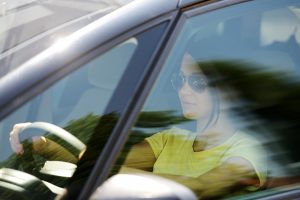 Suppose you’re at a bar with some friends and you have a few drinks. You don’t feel exceptionally impaired, but you realize you’re probably not safe to drive home. You notice a scooter rental nearby and decide that might be a cheaper choice than springing for a cab or Uber. In fact, you grab one more drink with the money you saved. You’ve made a good choice, right? You’re being responsible.

In late September, as USA Today reports, Los Angeles prosecutors secured their first DUI conviction of a man riding an electric scooter while under the influence—no doubt the first of many.

That’s right: You can be charged and convicted of DUI by riding a scooter just the same as if you were driving a car. Obviously, choosing a scooter over an Uber would not be a responsible choice.

Why are motorized scooters subject to the same DUI laws as cars or motorcycles? Let’s explore what California laws have to say about vehicles and DUI to learn what we can about risky scooter operation.

How California Defines a Vehicle

The laws in California broadly define a “vehicle” as something that is either self-propelled (e.g., motorized) or otherwise powered by something besides a human. This definition obviously encompasses more than just cars, trucks or motorcycles; it also includes boats, tractors—and yes, scooters. In fact, even a horse classifies as vehicles under the law if you’re riding one since horses are not human powered!

According to California Vehicle Code 23152, it is illegal to operate any vehicle while under the influence of alcohol, drugs or a combination of the two. By that definition, operating a scooter under the influence definitely qualifies as a DUI offense.

Another point of note: You technically don’t even have to run the motor on your motorized scooter to be convicted of a scooter DUI. Based on a court precedent dating back to 1977, you can still face a DUI conviction as long as the motorized vehicle was in motion and you were steering it, whether or not the motor was running.

What If I’m Under the Legal Limit?

Here’s the news you won’t want to hear: You don’t even have to be at the legal limit of BAC 0.08 to be charged with a scooter DUI. All an officer needs in order to make an arrest is probable cause to suspect that you’re under the influence—and since scooters require even more coordination to operate than a car, chances are you’ll show signs of impairment on a scooter even if you haven’t had enough to put you over the 0.08 threshold.

Wait a minute, you might be saying. Do you mean I can be convicted of a scooter DUI even if I’m not over the legal limit?

Under California law, yes you can—and the cops can use that reality to arrest you on a scooter. Here’s how.

Two Parts of the Same Law

Granted, prosecutors generally avoid pushing for a DUI conviction without a BAC of 0.08 or greater simply because intoxication is difficult to prove otherwise. However, California also has a separate motorized scooter law which prohibits operating a motorized scooter while under the influence of an alcoholic beverage or drug, or any combination of these (Vehicle Code 21221.5). This law does not specify a minimum BAC threshold, so police may be more likely to make an arrest on suspicion of DUI, especially if you’re operating the scooter on the roadways.

Will I Lose My License?

Chances are you won’t—not for a scooter DUI based on VC 21221.5. DUI on a bicycle or scooter doesn’t result in the suspension or revocation of a license since the state doesn’t recognize these in the same category as registered motor vehicles like cars or motorcycles. The motorized scooter law basically prescribes a maximum fine of $250 per offense. You may also be prohibited from riding scooters for a while, and you may have to make restitution for any damage or injuries you caused. At any rate, the hassle and expense will still be much greater than if you had just sprung for that Uber.

Specifics of the law aside, operating any vehicle while under the influence of alcohol or drugs can put your safety and the safety of others in jeopardy. If you find yourself facing DUI charges of any kind, you need effective legal representation. Call our offices for more information.