As someone who just got pulled over for DUI in Los Angeles, you’re intensely aware of the serious trouble that faces you. Whether you got “just” a misdemeanor DUI by violating California Vehicle Code Section 23152(a) or 23152(b) – or you caused injury and face a felony per California Vehicle Code Section 23153(a) or 23153(b) – you face a litany of a scary penalties, such as: 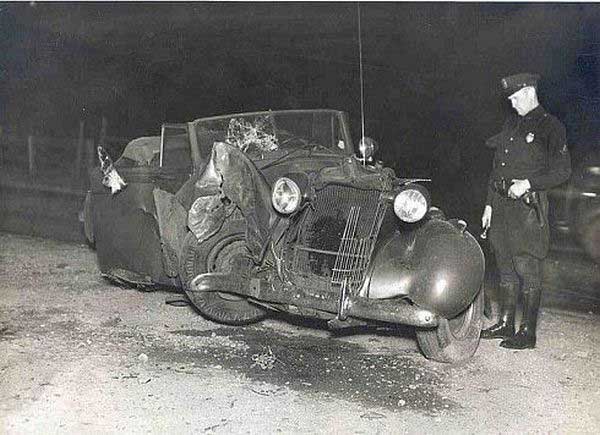 • Mandatory alcohol school;
• Big fines and fees;
• Jail time;
• The court can force you to install an ignition interlock device in your car, which means that you cannot drive your car unless you “blow a sober breath” into a machine that you pay to install and maintain;
• High insurance rates (almost inevitable after you get a Los Angeles DUI conviction);
• Driver’s license suspension;
• Massive additional penalties, if you ever get convicted again for a DUI or anything else – the court does not take recidivism lightly;
• Indirect problems regarding your social life, your relationships, your job, your self-esteem, and your long-term future.

That’s all for a first time DUI, mind you.

So how does your situation stack up against the first ever DUI driver’s? That honor belongs to George Smith, a taxi driver from London, who was busted at the age of 25, after he crashed his cab into a building on September 10, 1897. His penalty? A fine of just 25 shillings.

The first DUI laws here in the United States didn’t go into effect until 13 years later, in 1910. The earliest prototype of the modern breathalyzer — called the Drunkometer (which is kind of a cool name) — was patented in 1936 by Dr. Rolla Harger, a toxicologist and biochemist. The Drunkometer wasn’t a particularly useful piece of equipment, and it took nearly 20 years – until 1953 – for a professor and police captain from Indiana, Robert Borkenstein, to modify the Drunkometer into the breathalyzer.

Borkenstein’s device was capable of being used in the field to (somewhat) gauge whether or not a driver was under the influence and to quantify that DUI on an objective scale.

Over the next six decades, the breathalyzer evolved, and other types of tests, including the DUI blood test, came into vogue. On our Los Angeles DUI blog, we’ve discussed many times how and why even the most sophisticated DUI tests can fail. These reasons range from officer errors to machine/calibration errors to data analysis flubs to peculiar, idiosyncratic “stuff” — such as the fact that diabetics can exhale compounds that fool breathalyzers into thinking that they are under the influence of alcohol.

The point is that DUI law in Los Angeles and beyond has gotten more sophisticated since 1897. But DUI science is still a very imperfect science.
Connect with the Kraut Law Group today for assistance with your DUI case. Attorney Kraut is a very experienced and highly regarded Los Angeles DUI defense attorney. He also served as a prosecutor for many years, and his prosecutorial knowledge and connections can help inform your defense.