In a recent post, we dissected three common excuses that drivers give just prior to collecting Pasadena DUIs. Whether you got pulled over after a rowdy evening at The Cheesecake Factory, or you had way too much sake at one of those revolving sushi restaurants in Old Town and then got busted driving back to the Caltech Campus, you’re searching for answers. 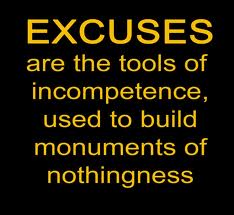 You want to find an astute Pasadena DUI defense attorney, and you also want to figure out what went wrong, so you can avoid ever “doing that” again.

Often, the subconscious messages that we use to talk to ourselves get us into trouble. Here are three common excuses that people make before they get behind the wheel and cause trouble, like DUI in Pasadena.

1. “I’ll compensate for the alcohol I’ve consumed by driving really slowly and being mindful.”

There is a neat logic to this approach. Unfortunately, it doesn’t work.

When we approach tasks “with fresh eyes,” we often do better at them. It’s easier to win a video game, for instance, if you are fully invested in duking it out on the computer, instead of trying to carry on a conversation with your roommate at the same time.

Unfortunately, concentration is not something that can be summoned at will. Nor can it be – except perhaps if you’re an advanced yogi – sustained indefinitely. So you might hop behind the wheel, with the full intention that you will “concentrate harder.” But even if you could muster extra concentration:

A) There’s no way to maintain that concentration indefinitely and B) Even with the “best concentration,” your reaction time may still be slowed due to the effects of the alcohol.

2. “I don’t mind dealing with a fine, license suspension, and even a little jail time.”

When you’re partying hard, the thought of “turning in for the night” may not appeal in the slightest. So, in the moment, you might dismiss the long-term ramifications of a Pasadena DUI conviction, such as jail time, court costs and fees, points on the license, mandatory alcohol school, and so forth, because they seem so far removed and abstract.

It’s a lot easier to hop into a car with a cute girl (or guy) and let the night “play out” in a free-for-all fashion than it is to reflect, soberly, on your rational risks. But it should be done!

3. “I’m not going to hurt anybody because I’m a safe driver.”

You’ve probably heard the statistic that 80% of people think they’re above average.

And you might think that you’re immune from this statistic!

But that’s the problem. The reality is that you’re biased. And if you’re the type of driver who’s willing to hop behind the wheel after having two or three (or seven) alcoholic drinks – and you’re still having thoughts like “I’m safer than the average driver – then there’s clearly a disconnect going on.

You want to make smart choices going forward. Connect with a Pasadena DUI defense lawyer at the Kraut Law Group today to figure out your next steps. Attorney Kraut is a highly respected, well-connected ex-prosecutor who can help you analyze and deal with your case with compassion and acumen.