When police arrest someone for a Los Angeles DUI, the suspect is usually driving something like a sedan, an SUV, a motorcycle or a truck. But that doesn’t mean that DUI arrests are limited to people driving this type of motor vehicle. The three people mentioned below could tell you that the determining factor is not what you drive but what your blood alcohol content is when you’re driving it. 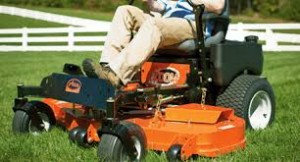 In Clay City, Kentucky, police arrested 57-year-old Billy Strange for driving a lawn mower while intoxicated. Strange was moving along Third Street around 10 p.m. on the night of Friday, May 2, when police pulled him over. His blood alcohol content was .151—well above the state’s legal limit of .08.

Then there was Jay Doyle Wallace of Rogersville, Tennessee. Police found him at the scene of an accident on Highway 70 north on April 11th. But he hadn’t wrecked a car—Wallace was driving an Agco Allis farm tractor at the time. He claimed the accident had been caused by another vehicle swerving into his lane of traffic. Police charged Wallace, who had two prior DUI arrests, with a third-offense DUI, failing to exercise due care and violating the state’s implied consent law, since he refused a blood alcohol content test.

But a 40-year-old man from Scotland may have the distinction of most unusual DUI in recent months. Officers found Paul Hutton driving a pink child’s Barbie car down a road in Clacton-on-Sea in Essex at 10 p.m. at night. Hutton said he had been drinking while customizing the car for his son, and he didn’t realize he was over the limit when he decided to drive over to a friend’s house to show off the vehicle. (His BAC was twice the legal limit.) Since it was Hutton’s second DUI (we assume the first was for driving a regular vehicle), he lost his license for three years.