If you’ve received a Los Angeles DUI, take note of the following cautionary tale. Even though it took place thousands of miles away, it contains important lessons for defendants and their familes. 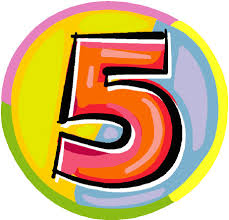 In 2011, a driver named Joseph Lawless, who had been stopped for DUI driving four times prior in less than a year, was discovered passed out in his car with a dangerously high BAC of 0.30. Nevertheless, Lawless was allowed to maintain his job without spending more than 90 days total in prison for all five offenses.

In Pennsylvania, DUI laws have been getting tougher and tougher. Regardless, repeat offenders continue to drive, despite the fact that this practice is illegal and risky for everyone. The reason for this is Pennsylvania’s quirky and little-known DUI law, which requires a conviction prior to pulling someone’s license. As a result, Lawless slid by, pleading guilty for being a first time offender all five times.

In California, a driver who fails a sobriety test will have to contend with a license suspension. Not necessarily so in Pennsylvania! That state will soon hold legislative hearings to strengthen existing DUI laws. PA resident Patrick Crowley, whose son was killed in 2013 by a drunk driver with several convictions, believes “more people will die needlessly” without changes to the law.

What to Do in LA

If you were stopped in Los Angeles, odds are you were stopped for a traffic violation, such as weaving in and out of lanes, speeding, or running a traffic light or stop sign. An officer who notices symptoms like watery eyes, smell of alcohol on the breath, or slurred speech might conduct a field sobriety test. If you fail the test, the officer can arrest you.

If you’ve been arrested, you may face an array of scary charges, including license suspension. If this has happened to you, don’t try to represent yourself. Ensure fair and accurate results by hiring an experienced and qualified Los Angeles DUI attorney like Mr. Michael Kraut.