Last Tuesday, Matthew Rutler, the 25-year old boyfriend of pop princess Christina Aguilera, got arrested for driving under the influence in West Hollywood. Christina herself was booked for public intoxication. 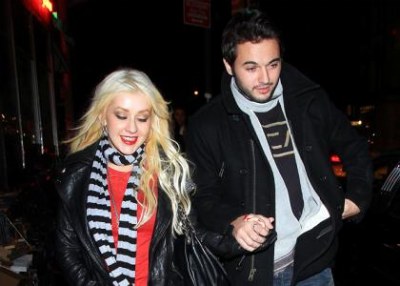 When celebrities get pulled over for driving under the influence in Pasadena, DUI in Glendale, DUI in Los Angeles, and Burbank DUI, the tabloids and blogosphere scramble to shine light on the story. For instance, within hours of the news break, hundreds of websites had information about how Rutler blew a 0.09% on his breathalyzer test (Southern California DUI limit is 0.08%, as this blog has often emphasized).

The tabloids have been buzzing about Christina’s recently “erratic” behavior, noting that the 30-year old pop star was visibly intoxicated at a colleague’s birthday party in January. Christina also famously forgot some of the words to The Star-Spangled Banner when she sang the anthem at the Super Bowl. A recent People Magazine story quoted a friend: “there is a real concern about this guy (Rutler), and a lot of her friends feel she needs to get away from him…hopefully, what happened (last Tuesday’s DUI in West Hollywood) is a real wakeup call.”

The media ignores non-celebrities arrested for Beverly Hills DUI. These defendants often lack good guidance, and they feel confused, scared, and overwhelmed about how to construct their defense.

Before we talk about potential resources to help you (or a friend or family member), let’s return to the legal definition of driving under the influence in Beverly Hills. California Vehicle Code Sections 23152(a) and 23152(b) define the crime of misdemeanor DUI in California. Section 23152(a) talks about the definition of driving while impaired by alcohol or drugs and stipulates the potential penalties the court may enforce. Section 23152(b) offers a subtle difference – it defines Beverly Hills DUI as driving with a blood alcohol concentration of 0.08% or greater.

For injury DUIs, two other California Vehicle Code Sections – 23153(a) and 23153(b) – may come into play. These take what might ordinarily be a misdemeanor charge and elevate it to a felony charge.

Whether you have been pulled over for a simple misdemeanor DUI, or you face a complicated court battle, a Los Angeles criminal defense attorney can answer your questions, work with you to develop a clear and effective strategy, and give you ongoing guidance to ensure that you obey the law, please the court, and minimize your potential hassle and punishments.

Connect with attorney Michael Kraut of the Kraut Law Group (offices in Beverly Hills at: 9107 Wilshire Blvd., Suite 450, Beverly Hills, California 90210 Phone: (310) 550-6935). Mr. Kraut spent nearly decade and a half as a Los Angeles prosecutor, during which time he developed a deep understanding of how prosecutors work. He now leverages that knowledge on the behalf of criminal defendants, and he has a reputation for getting terrific results.