If you’ve been arrested for driving under the influence in Beverly Hills (or elsewhere in Southern California), you might be inclined to think that your incident was an isolated one — i.e., it had no relationship to your history, habits, behaviors, beliefs, etc. 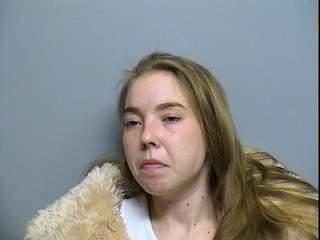 While some Beverly Hills DUIs do, indeed, “come out of nowhere,” where there’s smoke, there’s usually fire. To that end, you might find it resourceful to identify patterns in your bad decisions. If you can articulate why you act badly (when you do), you can strategically plan your life to avoid getting into trouble.

Consider that lesson in light of a scary story out in Oklahoma, where 26-year-old Ashley Stahl just got arrested for her third felony DUI charge — on top of charges of eluding arrest, hit-and-run, obstructing a police officer, violating multiple traffic laws, etc.

On Thursday, January 31st, a police officer saw Stahl swerve into a Toyota, at around Fifth and Harvard. The Toyota tried to get out of the way but couldn’t do so in time. The Red GMC Jimmy that caused the crash backed up and took off. Patrol officers saw the whole thing and followed the SUV to Roger’s High School, where they pulled over Stahl and convinced her to give herself up, after talking her off of the ledge for 10 minutes.

Scarily, a 10 month old child had been riding in the back of the Toyota.

Fortunately, neither the child, nor the child’s parents suffered injury. But this poor 26-yaear-old woman could have caused an epic catastrophe, had the accident played out in a slightly different and (less lucky) fashion.

The law can be very punitive, especially towards recidivist offenders.

If this is your second or third arrest for driving under the influence in Beverly Hills, expect prosecutors to be far less lenient this time. Potential punishments increase and diversify. Prosecutors can hit you with additional probation time, mandatory alcohol school time, driver’s license suspension time, jail time, fines and fees, and on and on.

On some level, it’s too bad that the system is so punitive. Many people who rack up multiple Beverly Hills DUI charges need help and compassion, not just judgment and punishment.

Fortunately, good resources abound to help you deal with your charges and manage your emotional and financial crises. Connect with the team here at the Kraut Law Group for a free case evaluation. Attorney Kraut and his team can help you craft a compelling and thorough defense for your DUI charge.