In earlier days, people arrested for DUI in Los Angeles could concoct an involved story about what really happened when they crashed their vehicles into a light pole or ended up in a highway median. It was always somebody else’s fault. But in the age of video surveillance, it’s getting harder and harder to make such stories believable. 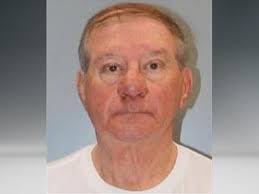 Just ask Donnie Myers, the 11th Circuit Court Solicitor in South Carolina.  Responding to a report of someone hitting a utility pole, a police officer tracked Myers down to his home. Found in his garage, Myers told police that he had been slightly hurt in the accident, which was caused by another driver who had forced him over. But the officer apparently doubted that story, since he smelled alcohol.

The officer’s surveillance camera recorded what happened next. While Myers could handle counting to four forwards and back, he had trouble with the alphabet, stopping about midway when he forgot a letter or two. When the officer arrested Myers for DUI, the surveillance tape showed him saying, “I can’t believe you’re doing this.” Officials released the surveillance video to the public after a request from the media through the Freedom of Information Act.

Myers already had several other DUI incidents on his record. In 2005, he pleaded guilty to driving while impaired, and in 2014 police cited him for having an open container of alcohol in his vehicle after they saw him driving down the middle of the road. After the latest incident became public, a dozen citizens rallied in front of the Lexington County Courthouse, calling for Myers’ resignation. Two fathers who had lost children to DUI drivers led the rally.

Drivers arrested for DUI in Southern California often find that in addition to paying the penalties prescribed under Vehicle Code 23152 (a) they also face embarrassment at work and sometimes dismissal from their jobs for their offense.