The Wednesday before last, the Supreme Court issued a big decision in a DUI case that Los Angeles defendants should know about. 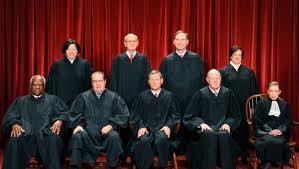 Justices ruled 8-1 in favor of a Missouri man, Tyler McNeely, concluding that the police should have obtained a search warrant prior to ordering a DUI blood test on him. Justice Clarence Thomas was the sole Justice to rule that a warrantless blood test would have been Constitutional.

The State of Missouri – and the Obama administration – had asked SCOTUS to endorse a sweeping improvement of rule to allow such warrantless DUI blood tests.

Background on the case
As we reported several months ago, McNeely got arrested in Cape Girardeau County, when a local trooper saw his car swerving and speeding all over the road. McNeely already had two DUI convictions, and he refused to take a breath test.

He also bombed out on the field sobriety tests. If you recently got arrested for DUI in Los Angeles yourself, you no doubt are familiar with what he likely went through – the finger to the nose test, the horizontal gaze nystagmus test, the stand on one leg test, count backwards from 100 by 3’s test, etc.

Corporal Mark Winder of Missouri’s State Highway Patrol certainly had enough evidence to ask for a warrant for a blood test. Instead, he took the defendant to a nearby hospital, where a technician took blood for the test – all while McNeely was handcuffed. The results of the blood test were pretty substantial. McNeely’s blood had 0.154% BAC, nearly twice the legal limit for driving under the influence in Los Angeles, as defined as by California’s Vehicle Code Section 23152. Both a Missouri lower court and the Missouri State Supreme Court tossed the blood test results, because they said they violated McNeely’s Constitutional rights against unreasonable search and seizure.

According to the Missouri court, unless delaying could destroy critical evidence (or cause a threat to someone’s life), the police need to get warrants in such cases. In the latest SCOTUS ruling, the eight Justices who penned the majority opinion did not give guidance about when police should (or should not) seek warrants. Justice Anthony Kennedy – writing separately – said that a future case may give the Court a chance to get more in depth.

What does the SCOTUS ruling – and other recent, important DUI law fluctuations – mean for your case?

The SCOTUS situation highlights the fluidity of local and national DUI law. That’s why it’s important to work with an experienced, up-to-speed, results-proven attorney to make sense of what’s happened to you and to build an appropriate defense.

The team here at the Kraut Law Group is ready to help you. Attorney Kraut is a very experienced, highly respected local lawyer who attended Harvard Law School and who worked for over 14 years as a prosecutor before becoming a Los Angeles DUI defense lawyer.