A police officer in southern Texas may be recalling the old saying about people who live in glass houses never throwing stones. We don’t know if Devon Brittany New, a member of the Nixon, Texas, police force, ever arrested anyone for driving under the influence. But after her own recent arrest, New may be a little more sympathetic towards anyone accused of DUI in Los Angeles, in Texas, or in any other jurisdiction. 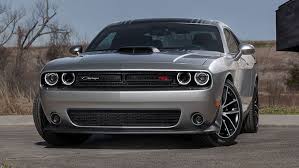 An article on the San Antonio Express-News’ website said that Officer New was suspended from duty for a week following her DUI arrest on March 9th. She had a narrow escape; after running a red light at 1 a.m., she stalled her vehicle on nearby railroad tracks. Fortunately, she was sober enough to get out of her 2015 Dodge Challenger, because a freight train coming down the track hit her vehicle and totaled it.

Although New is back at work until her April 9th court date, it’s not clear if she’ll be able to remain on the job if she’s found guilty.
Los Angeles police officers have also been charged with DUI in some rather high-profile cases. One notable incident occurred just about a year ago, when an off-duty officer lost control of his vehicle after getting off the westbound Pomona Freeway in Diamond Bar. What made the crash more unusual was that the 29-year-old officer traveled over a 50-foot area (not a road) separating the freeway from a McDonalds restaurant. He ended up crashing in the restaurant’s drive-through lanes.

The officer probably had little interest in the restaurant’s menu at that point, since he landed in the hospital with moderate injuries.