Last week, 20-year old actor Mitchel Musso was arrested for driving under the influence in Burbank underage near Chandler and Buena Vista, according to a report in the La Canada Valley Sun. 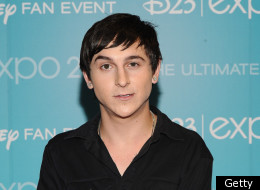 The actor, who appeared on Hannah Montana as well as in the 2003 movie, Secondhand Lions, allegedly “drove through the intersection [near an accident scene] and failed to do what the officer instructed him to do.”

Musso, who is probably best known for playing Oliver Oken in Hannah Montana, was pulled over at 3:45 A.M last Sunday morning. He had a BAC of substantially over the limit for driving under the influence in Burbank (0.08%). But since he was underage, any significant amount of alcohol in his system would constitute a crime. Per the Los Angeles County Sheriff’s Department, the actor was released after posting a bail of $5,000. No one else was in his 2007 Mercedes during the arrest.

Underage DUI in Burbank is not only a frustratingly serious crime, but it is also a crime that can ruin or cripple a young person’s future.

Obviously, any Burbank DUI is a potential (or actual) tragedy. In this case, Musso was fortunate, in that he did not cause injuries to anyone or to himself. But imagine if he had killed someone while driving DUI underage. Not only might he face hugely serious charges, such as vehicular manslaughter or worse, depending on his background and the circumstances, but he would also face the problem of being “sucked into the system.”

Once you accept the notion that you are a criminal or a DUI driver, you may have a difficult time changing that self image and returning to your previous model of yourself as “upstanding, law abiding citizen.” The way we view ourselves can have profound ramifications for our behaviors, thoughts, and life paths.

Underage Burbank DUI driving should be taken as a major warning sign – a clarion call that you need to get help. You may need the services of a respected, empathetic, and results driven Burbank DUI criminal defense lawyer, such as Michael Kraut of the Kraut Law Group (2600 West Olive Avenue, 5th Floor, Burbank, California 91505 Phone: (818) 563-9810). You also might need to do some inner work, such as therapy, meditation, and changing your peer group to reduce the negative influences on your behavior.

Attorney Michael Kraut of the Kraut Law Group is a former prosecutor for the city of Los Angeles – he spent over 14-years in that role, in fact. Now, as a criminal defense attorney, he brings his wealth of prosecutorial knowledge and experience to bear to help Burbank DUI defendants understand their challenges and meet them in a principled, successful way.