Getting pulled over for driving under the influence in Long Beach or anywhere else throughout the Southland (or the U.S.) can be a humiliating experience. The level of humiliation gets ratcheted up substantially, however, if you happen to be a public, elected official. 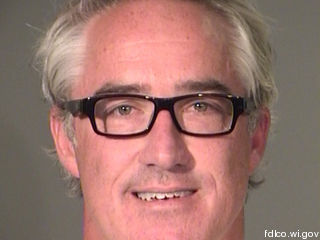 When lawmakers, police officers and others entrusted with the public good do bad things – such as drive DUI in Long Beach or elsewhere – the media pores it on.

Consider last week’s arrest of ex Wisconsin state senator Randy Hopper, who, per a story in the Green Bay Gazette, got pulled over in a Wisconsin parking lot, after witnesses saw him nearly collide head first with another car. Officers administered field sobriety tests to Hopper. He apparently failed, big time – he could not balance, could not say the alphabet, etcetera.

After his arrest, Hopper pleaded with the arresting officer, Deputy Nicholas Venne: “Will you put down there that you didn’t think I was that I (was) driving; you never saw me driving; you don’t know I was driving. I didn’t do anything illegal.” Hopper refused an evidentiary breath test, but jail staff did get a preliminary breath test which suggested that his BAC was around 0.13% — significantly higher than the cut off for Long Beach DUI of 0.08%, pursuant to California Vehicle Code Section 23152.

To put it mildly – Hopper has not had a shining last few years. In a recent election, Hopper lost his senate seat to democrat Jessica King by a margin of 51% to 49% — analysts believe that the razor thin defeat was fueled in part by Hopper’s messy divorce. He apparently left his wife for a lobbyist, Valerie Cass, who witnessed the arrest. According to one report, Cass “reportedly became upset… and yelled at the family who had called the police.”

So what are some lessons this story can teach Long Beach DUI defendants?

1. What you say or do after your DUI arrest can matter – and come back to haunt you.

The fact that Hopper blew a 0.13% BAC preliminary breath test and uttered recorded comments to Deputy Venne may complicate his legal defense.

2. Anyone can get tagged with a DUI.

Just because you are an elected official or a police officer or some other “special person” does not immunize you from the consequences of driving DUI in Long Beach.

3. Your choice of Long Beach DUI defense attorney is pivotal.

The quality of your legal defense can fundamentally influence your potential sentencing – as well as your ability to rebound, long-term, from what happened to you. Michael Kraut of Long Beach’s Kraut Law Group (444 West Ocean, Suite 800 Long Beach, California 90802 Phone: (562) 531-7454) is an experienced former prosecutor with a phenomenal success rate at jury trials and a great reputation within his industry. Judges, former prosecutors, and others in the system all greatly respect him.