As someone who’s hoping to defend against a Los Angeles DUI charge, you need solid, objective facts. 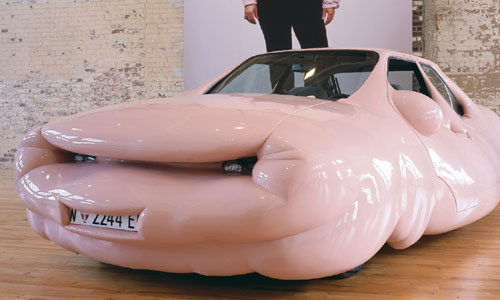 According to one survey from 10 years ago, 1.4 million drivers on U.S. roads get busted for DUI annually, and crashes that are “alcohol related” lead to $45 billon of damages a year.

Mothers Against Drunk Driving (MADD) reports that over 100,000 people died in alcohol related crashes between 2000 and 2005. Of course, the definition of “alcohol related” is somewhat misleading. A crash can be considered “alcohol related,” even if the driver who caused the accident had not been drinking. For instance, let’s say you consumed a few drinks (not enough to be over the legal limit for DUI in Los Angeles of 0.08%). Then a sober driver blew through a stop sign and hit your car. That would be an “alcohol related” accident, even though the sober driver caused it, and you weren’t over the limit.

Of course, unsurprisingly, drivers who are under the influence are much more likely to cause these crashes – one large study found that fewer than 70% of sober drivers caused their collisions, while 94% DUI drivers were deemed responsible.

If you drive at more than twice the legal limit (say, 0.16% BAC), you’re 300 times more likely to get into a crash that kills someone that you’d be if you were sober. A “sobering statistic,” if there ever was one.

Alcohol is not the only factor that can lead to dangerous driving.

A lack of sleep, distraction, drugs, prescription medications, and even negative volatile emotions scan all radically escalate your likelihood of getting into a serious collision. Some studies even suggest that certain common activities may be way worse than driving under the influence.

For instance, one Virginia Tech study from several years ago found that truckers who texted were something like 21 more times likely than non-texting truckers to get into collisions. That means, perhaps, the texting while driving is even more dangerous than DUI driving.

Even though it’s not legal to text while behind the wheel in L.A., look around the next time you come to a stoplight on the corner of Wilshire and Fairfax (for instance). You will likely see at least one driver buried in his or her phone.

Technically speaking, why does DUI create such risk? Alcohol does multiple things to your capacities, none of them good:

• It inhibits co-ordination. If you see a deer or bike rider dart in front of you, you need to coordinate your body to avoid hitting that animal or person. But if you’re under the influence, your coordination is more slack, so you’re at greater risk for a collision;
• Alcohol damages your judgment. How fast is too fast on the road? It is that a stop sign or a yield sign? Your ability to make judgments like these are mission critical. Unfortunately, alcohol can deeply impair these abilities.
• Alcohol can affect your vision. We don’t let blind people drive for a reason – you need acute visual senses to navigate safely. Drinking a lot of alcohol can effectively render you — if not blind, than certainly less than 20/20 sighted –and thus make you more dangerous.

After Your Los Angeles DUI – What to Do Next?

The team at the Kraut Law Group can help you appreciate the charges against you and build a strong defensive case. Mr. Kraut is an ex-prosecutor, who retains robust and friendly relationships with his former prosecutorial colleagues. He is well-known and respected by judges, police officers, and other important players in the Southern California legal defense community.