As someone who’s been arrested for Pasadena DUI, you were probably more sympathetic than most when you learned that 50-year-old Dina Lohan (mother of actress, Lindsay Lohan) got arrested on September 12th for driving under the influence in Long Island, New York. 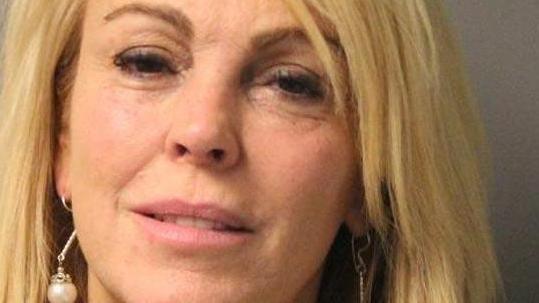 Police pulled Dina Lohan over, after they saw her speeding. Based on her Field Sobriety Test performance (and other measures), they figured that she over the influence, and they arrested her just a few miles from her home in Merrick, New York. The bust came only a few months after 27-year-old Lindsay finished her 6th rehab stint connected to her Los Angeles DUI arrest.

On September 24, the elder Lohan entered a not guilty plea at New York’s Nassau County District to charges that she had been driving under the influence of alcohol or drugs.

Judge Joy Watson did suspend her driver’s license. But that apparently wasn’t a problem: Dina returned home in a chauffeur-driven Rolls Royce, and she is schedule to appear in court again on October 23.

Police said that Dina had been doing 77 miles per hour in a 55 miles per hour zone, and that she had a blood alcohol concentration of 0.20%. For those of you keeping score, that’s two and half times the legal limit for driving under the influence in Southern California.

A Family in Trouble
Lindsay and Dina are not the only members of the family to run a foul of the law. As this Pasadena DUI blog (and other sources) reported months ago, Lindsay’s father — Michael Lohan — has also been tormented by drug and alcohol issues, and he ALSO faces criminal charges.

One salient takeaway from all the Lohan DUI drama is that dealing with addiction is complicated, emotionally challenging stuff. Fortunately, you don’t have to fight this battle on your own. An experienced, widely respected Pasadena DUI criminal defense lawyer with the Kraut Law Group can help you develop a sound strategy to deal with your charges.

If you have been arrested for a DUI in Pasadena or you are under investigation for driving under the influence in Southern California, please contact Pasadena criminal defense attorney Michael Kraut for 24/7 assistance by phone at (626) 345-1899 or toll free at (888) 334-6344 or online. We’re located at 790 East Colorado Boulevard, 9th floor, Pasadena, California 91101.