If you got stopped for DUI on Whitworth in South Beverly Hills, you might have been charged with Beverly Hills DUI or Los Angeles DUI, depending on which side of the street you had been driving. 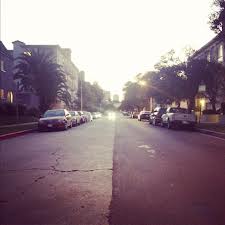 The pavement tells the story: the north side is Beverly Hills territory, while the south side belongs to the City of Los Angeles. In practice, this slight distinction almost never causes any legal issues. After all, the City of Beverly Hills and the City of Los Angeles have very similar laws with respect to DUI driving and punishment. But the jurisdiction of your case can matter in some pretty important ways. For instance, it can help determine the judge and prosecutorial team in your case. It can influence the logistics of the trial.

Here’s the broader point, however, and you probably didn’t see this coming: if you’ve spent any time really thinking about this issue (or similar issues), you’ve almost certainly been wasting your time!

It’s not that jurisdictional issues don’t matter. Rather: you almost certainly lack the experience, knowledge, and resources to make sound legal decisions about such subtleties of the law. You don’t want to spend your very limited time and energy on the wrong things.

For instance, you may be fretting about the potential jail time (totally natural) but not paying much attention to your license suspension. After all, it’s scarier to think about spending a week behind bars than it is to contemplate the difference between a one and three month driver’s license suspension.

In terms of real costs, though, two extra months without a license can be a tremendous, costly inconvenience. For instance, let’s say that, without a license, you’re going to need to take a cab to work every day until you get your license back. Thus, you might spend literally thousands of dollars in cab fees just to keep your job.

So fighting a license suspension could be hugely important. But because you don’t have the experience to prioritize your DUI defense items, you might wind up missing or mishandling your DMV hearing and thus getting a less than ideal outcome.

Fortunately, an astute Los Angeles DUI attorney with the Kraut Law Group can help you make more effective choices. Get in touch with Mr. Kraut and his team for a free consultation today.