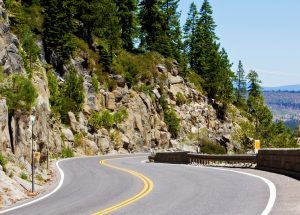 As human beings, we are connected in ways we don’t always realize—especially within our family units. We like to tell ourselves that we alone pay the price for our mistakes, but those mistakes can potentially make a deep impact on the people we love. To give an uncomfortable example, a growing body of research strongly suggests domestic violence can be passed down generationally. In other words, children who are exposed to domestic violence have an increased likelihood of repeating the pattern in adulthood.

The Urban Child Institute summarizes the issue plainly. “Children who witness domestic violence grow up to have a greater risk of living in violent relationships themselves, whether as victims or as perpetrators,” they say. “Without more awareness of this problem and help for these families, the burden of domestic violence will continue to be passed from one generation to the next.”

This phenomenon, commonly called “intergenerational transmission of domestic violence,” extends beyond just a few isolated cases. In just one of many studies on this issue, the results were nothing short of disturbing. In compiling data from 1600 American families, researchers found that four out of five children living with domestically violent partners eventually committed violence against their own partners as adults. Likewise, three-quarters of adult children also became victims.

The idea that the abused becomes the abuser is certainly not new, but these studies show that the ripple effect of domestic violence can be much more complex. Specifically:

1. A child does not have to be a recipient of violence in order to be affected; he/she just has to be exposed to the violence, especially between parents.
2. These children don’t just grow up to be abusers; they may also grow up to become victims of violence.

Interestingly, at least one study suggests that the age of exposure may have an effect on the risk of repeating the cycle. According to Urban Child Institute, researchers at the University of Minnesota tracked 168 at-risk children from conception into their 20s. They found a clear pattern of increased risk for children exposed to DV before age 5, while children aged 6-8 appeared more resilient and less likely to become perpetrators or victims as adults.

How Is Violence Passed Generationally?

How is it that this repeating cycle of domestic violence can be so pronounced? Professor of Psychology Sherry Hamby, Ph.D., writes in Psychology Today that the learned family dynamic may play a significant role in shaping the psyche of affected children.

“Social learning theory can explain why a child who grows up in a violent home might be a violent adult,” says Hamby. “They see adults use violence to get their way and social learning theory would suggest that kids will copy that behavior… Most kids who grow up in violent homes do not want that for their own families. Unfortunately if you never grew up with a model for the right way to be a spouse and parent, it can be hard to figure it out on your own.”

Suppose you were recently arrested or accused of domestic violence—how does this information apply to you? In your mind, you might just see it as an argument that went too far, or that you might have crossed a line. But if the alleged act of violence happened in front of a youngster, the damage could extend far beyond any injury you may have caused your partner. Remember, our mistakes often have unintended consequences for those we care about, those who are connected to us. You need to face the uncomfortable reality that your act of “taking things too far” could be setting your children up for a similar fate years down the road. It’s not a presumption—it’s backed by years of study.

Breaking the Cycle of Violence

So what now? Suppose what’s done is done—is the damage truly irreversible? Not in the least. Here’s a bit of good news: Just as studies have confirmed violent households breeds intergenerational violence, other studies have shown that nurturing households can have the opposite effect. One study in particular drew a clear association between “safe, stable and nurturing relationship” and a reduced risk to children, concluding that these stable environments can indeed break the intergenerational cycle of abuse.

In other words, if you can break violent patterns in your own life and relationships and learn a healthier way to function, you may be able to keep the pattern from repeating itself in your own children. If this is so, what steps can you take now to begin moving in a different direction?

• Take responsibility in the present moment. If you crossed a line—you crossed a line. If you have a problem, admitting it is the first step to solving it. You can’t undo what is done—you can only move forward from here.

• Get the help you need. You may need to consider therapy and anger management, among other options, to get to the bottom of any anger issues you struggle with, along with your responses and reflexes. Whatever happened in the past, you can still take control of how you respond in the future.

• Rethink unhealthy relationships. You may need to learn a new way of responding to your current partner. If your partner is prone to violence and shows no desire to change, you may need to reevaluate that relationship, especially if young children are being exposed to violence.

• Reinforce a nurturing relationship with the children. Any steps you can take to make the children feel loved and safe will go a long way toward the healing process. If they are old enough to understand, emphasize that you’re aware of your issues and are working on changing them.

Whatever circumstances brought you to a crisis point of facing domestic violence charges, nothing is set in stone—either for you or your children. By taking active steps to break negative cycles and become your best self moving forward, you can set in motion a healthier life not just for you, but for your offspring, as well.

If you’re currently dealing with domestic violence charges, you need compassionate legal representation to guide you through these tricky waters. We are here to help; call our office for a free case evaluation.