While it’s probably little consolation to someone convicted of a DUI in Los Angeles, California is apparently far down on the list when it comes to states with the strictest DUI enforcement. 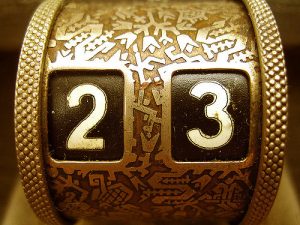 WalletHub, a personal finance website, looked at several factors in each state’s DUI laws to identify the strictest and most lenient states for DUI offenses. The factors included minimum jail times for convictions, minimum fines and the look-back period for previous DUIs.

California ranked right in the middle at number 23 on the list.

END_OF_DOCUMENT_TOKEN_TO_BE_REPLACED

Although it won’t ultimately solve the problem, some people respond to a Los Angeles DUI arrest by simply ignoring it. They miss their trials or continue to drive even if they’ve temporarily lost their licenses.

That won’t work in Riverside County, California. When you’re charged with a DUI in that county, you’d better follow through on what you’re supposed to do. Otherwise the cops may come looking for you.

On May 30th, beginning at 6 a.m., the Eastvale and Jurupa Valley Police Department Traffic Team hit the streets looking for high-risk DUI offenders who had either failed to show up for a court date or violated the terms of their probation in an outstanding DUI case. The cops attempted to serve 80 warrants by going into various neighborhoods; they netted 26 offenders.
According to a press release from the Riverside County Sheriff’s office, people caught in such a sweep may face additional jail time. They also have to suffer the personal embarrassment of being led away in handcuffs as family, friends, and co-workers watch and/or learn of their arrest. There’s also the problem of missing work while they’re sitting in jail.