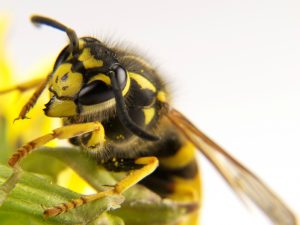 The swarm of bees was not happy about the disruption to their day. According to TV station WKYT, they went after Elkins and Simpson (who was wearing a bikini bathing suit at the time). A local resident, Gary Lee Anderson, saw them running up his driveway, where they grabbed the hose and tried to spray water on themselves to get the bees off of them.
END_OF_DOCUMENT_TOKEN_TO_BE_REPLACED