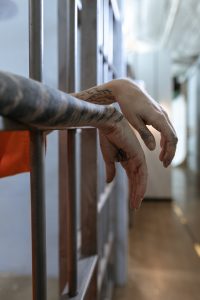 Let’s take a look at some surprising things that California law categorizes as domestic violence.

In your angry exchange with your significant other, did you say words to the effect of “I’m going to kill you”? Or did you describe some other sort of graphic harm you were going to do? Perhaps to you, those were just words spoken in a fit of anger, and you never actually intended to carry out those threats. But if you said them in such a way that your partner believed they were in danger, you committed a crime under California law. Under California PC 422, “any person who willfully threatens to commit a crime which will result in death or great bodily injury to another person” may be charged with Criminal Threats—even if that person had no intention of carrying out the threats. Whether the threats are made in person, by phone/text, in a letter, or via email, criminal threats of harm in any form are illegal in California and qualify as domestic violence.

The crime of Aggravated Trespass usually goes hand-in-hand with Criminal Threats above. California PC 601 says that if you make a criminal threat of harm against someone, then enter that person’s home, an adjacent home, or their workplace within the next 30 days presumably with the intent of carrying out that threat, you can be charged with Aggravated Trespass—whether or not you actually followed through with the threat.

Under California PC 646.9, stalking is also a form of domestic violence. If you repeatedly follow, harass, or threaten your significant other (or anyone else, for that matter) to the point that that person begins to fear for his/her safety, you may be charged with stalking. In the same manner, if your spouse or partner obtains a restraining order against you and you violate that order, the law also categorizes it as stalking. Perhaps your intention was only to aggravate or intimidate that person—but it’s still a crime under California law.

Some crimes of domestic violence involve the children rather than a spouse or partner. Under California PC 273a, if you behave in a manner that either causes a child to suffer harm (directly or indirectly) or poses a threat to that child’s health or safety, you can be charged with Child Endangerment. Going back to our original scenario, suppose that after your heated exchange with your partner, you grabbed your child with that partner, put him/her in the car, and drove recklessly down the highway in a fit of rage. If that happened, the state might add Child Endangerment to a list of other domestic violence charges against you. (Another example might be if you were doing something dangerous in the house where the child lives—for instance, operating a meth lab.)

On a related note—in California, even the act of failing to provide food, shelter, medical care, or other necessities to a child in your care is considered an act of domestic violence. It is categorized under the term Child Neglect or Abandonment, according to California PC 270.

Perhaps the most unusual or unpredicted domestic violence crime on our list, California law makes it illegal to cut, damage, or obstruct someone’s phone line (PC 591). While this law falls under the broader category of doing malicious damage to railroads, bridges, highways, and even another person’s electrical or cable lines, the law is taken in a domestic violence context if the person cuts the line to prevent their partner from calling someone for help.

As you can see, there are a lot of possible actions you can take in a dispute with a spouse or partner that could get you charged with domestic violence without ever “laying a hand” on your partner. While some of these crimes are more difficult to prove than others, a conviction on any of these charges could deeply complicate and disrupt your life. If you have been recently arrested for or charged with any sort of domestic violence crime in southern California, we can help. Call our office today for a free case evaluation.