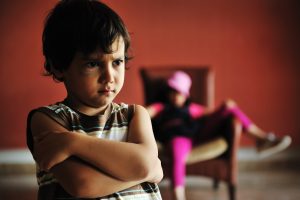 If certain medications can increase the risk for domestic violence, the natural next question is, Which ones?

A few years ago, Time Magazine compiled an informative list of the ten most common legal drugs associated with DV, and while the list is not comprehensive, it’s a good starting point for those who wish to study the matter more deeply. For our purposes, we’ll take a slightly broader view, looking at wider categories of drugs on the “danger list” as well as a few specific ones.

Drugs prescribed to treat depression have seen a huge rise in use among the public in recent years—specifically, a 64 percent increase between 1999 and 2014. A specific category of anti-depressant, the Selective serotonin reuptake inhibitors (SSRI) has been identified as a possible contributor to many domestic violence crimes. So much so, in fact, that the “Prozac defense” has become a common term as a legal defense in domestic violence cases. The pattern is so identifiable that SSRI antidepressants account for five of Time’s Top Ten, namely: Prozac, Luvox, Paxil, Effexor, and Pristiq.

Many drugs prescribed to curb anxiety have been shown to increase the likelihood of violence, particularly those of the benzodiazepine variety. Among the most common of these are Halcion, Ativan, Xanax, and Klonopin, among others. These drugs tend to be between 8-10 times more likely to be linked to domestic violence than other prescribed medications.

Aside from the widely known illicit opioids like heroin, many drugs in the opioid family are prescribed primarily to treat moderate to severe pain. While the biggest risk is that opioids are highly addictive, some studies have unfortunately also linked opioid use to a significant number of domestic violence cases.

Attention Deficit Hyperactive Disorder (ADHD) is treated by a wide variety of medications, and several of them have been linked to an increased risk of domestic violence. Of these drugs, the numerous types of amphetamines pose the greatest statistical threat; however, the specific drug Atomoxetine (Strattera), a selective norepinephrine reuptake inhibitor, has also been named as a culprit.

Chantix is a highly popular drug prescribed as a smoking cessation aid. It acts as a neural inhibitor, blocking the receptors in the brain that respond to nicotine. However, it has also been linked quite extensively to an increased likelihood of violence. It is 18 times more likely than other prescribed medications to be a contributing factor in domestic violence.

While still considered by the federal government as a controlled substance, we’re including it on this list because it has been legalized in many states for medicinal purposes, and in a growing number of states (including California) for recreational use. This one may come as a surprise to some because marijuana is widely considered a “peaceful” drug, something people take to relax and feel good. However, studies have shown a disturbing connection between marijuana use and domestic violence. According to author/journalist Alex Berenson, a known expert on the topic, the link between cannabis and DV appears to be related to the common side effects of psychosis and paranoia.

“Psychosis is a known factor for violent crime,” Berenson says in an interview with the Marshall Project. “People with schizophrenia commit violent crime at rates far higher than healthy people…Since cannabis causes paranoia—not even advocates dispute that fact—and psychosis, it is not surprising that it would drive violent crime.”

Why do these and other prescribed medications increase the likelihood of domestic violence? While we’d need to hold degrees in science to explain all the factors, we can find a commonality among all the drugs on our list above: they all seem to have certain psychotropic effects. In other words, they all work by changing the way the brain functions—turning off certain receptors and/or activating others. The brain is a very complex organ, and when certain drugs alter the normal chemical reactions within the brain, it may have the unintended effect of suppressing the parts of the brain that inhibit our more violent instincts—making us more likely to respond differently to “triggering situations” than we would otherwise.

Do These Drugs Cause Domestic Violence?

This question is a matter of some debate. While researchers find many links between medications and domestic violence, they are still reluctant to finger the drugs as a direct cause—primarily because there are almost always other factors present. A more viable explanation is that some medications either encourage violent tendencies that were already present or reduce the inhibitions that would normally keep violent tendencies in check. Improperly prescribed medications may sometimes be considered a legitimate defense in domestic violence cases, at least from a legal standpoint—but there may also be legitimate root causes that must be addressed.

If you’ve been recently arrested on domestic violence charges, we can help you with your defense by exploring all factors related to your case, including (but not limited to) the presence of prescription medications. Give us a call today for a free case evaluation.