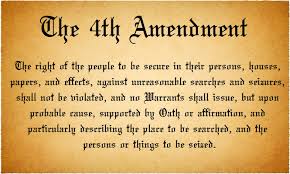 Lawyers for the three defendants argued that penalizing drivers who refuse a breathalyzer test amounts to unreasonable search and seizure, prohibited by the Fourth Amendment. The states said that, by driving on public roads, the defendants gave their implied consent to a breathalyzer test. They argued that the public good—keeping DUI drivers off the road—should outweigh the rights of the individual drivers.

Both sides have some powerful allies. Attorneys general in 18 states, the Solicitor General of the United States and the National Districts Attorneys Association filed briefs supporting North Dakota’s and Minnesota’s laws. The defendants have the National Association of Criminal Defense Lawyers and the American Civil Liberties Union on their side.

The Supreme Court ruling will come before the Court adjourns in June.

A knowledgeable Los Angeles DUI defense lawyer with the Kraut Law Group can help you and your family deal with your complicated and confusing criminal charges. Call us now to get the help you deserve.