Police officers are not selective about who they arrest for DUI in Los Angeles and other cities. Celebrity, political figures—even people who have distinguished themselves for their courageous actions—may find themselves facing these charges. 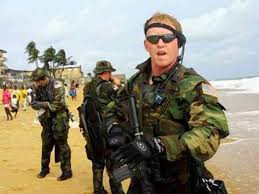 According to media reports, former Navy SEAL Rob O’Neill faces DUI charges in Montana after police officers in Butte-Silver Bow County found him passed out in a car in the parking lot of a convenience store. O’Neill claimed that he was the person who killed Osama bin Laden when the Navy Seals cornered him in a house in Pakistan.

Authorities said that in early April they found O’Neill sitting behind the wheel of his 2005 Nissan Sentra with the motor running. When they opened the door, the former SEAL woke up, but he appeared confused and lethargic. O’Neill failed sobriety tests but refused a breathalyzer, so police charged him with misdemeanor DUI and released after posting bond.
In addition to taking part in the operation that took down bin Laden, O’Neill also participated in the raid on a merchant ship being held by Somali pirates. (The incident was portrayed in the movie Captain Phillips.)

A DUI arrest will not be good for O’Neill’s post-service career as a public speaker. (He left the military in 2012.) After news of the incident surfaced, Montana State University cancelled his planned appearance there.

No matter what a person’s status or celebrity, California’s DUI laws apply to anyone convicted of DUI. As outlined in Vehicle Code 23152 sections (a) and (b), first time offenders will lose their license for up to six months and could face from 96 hours to six months in jail.