A standard Los Angeles DUI stop in Santa Monica last Tuesday escalated to gunfire. The passenger in a vehicle stopped at 1.30 a.m. on the corner of Lincoln Boulevard and Bay Street shot a police officer while the driver was being put through the paces of a field sobriety test. Fortunately, the 16-year veteran officer did not sustain life-threatening injuries, although a bullet wound to the abdomen sent him to the hospital for extensive treatment. 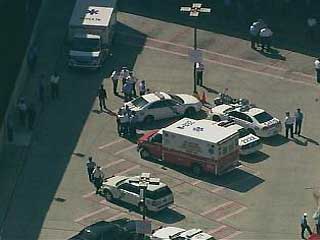 Assailant caught after all-night chase
After shooting the police officer, the passenger fled. K-9 officers, police, and SWAT team members descended on the area and managed to track down the suspect three hours later. At 5:10 a.m., the suspect again engaged the police in gunfire. Officers shot the suspect, wounding him, and then took him into custody. The driver who was originally pulled over for Southern California DUI suspicion was arrested for DUI. Charges against both men are pending.

During the chase, police urged local Santa Monica residents to stay inside as dozens of armed officers patrolled the neighborhood. KABC News quoted sergeant Jay Trisler: “There was somebody who shot an officer, and we were really concerned about the public safety.”

Fortunately, most arrests for driving under the influence in Southern California do not escalate to violence and do not involve serious injuries. Field Sobriety Tests, on the other hand, are extremely common – whether you get pulled over for DUI in Burbank, DUI in Long Beach, or DUI elsewhere in the Southland.

So what are Field Sobriety Tests (FSTs) and how do they work?

Sobriety tests are tests that police officers conduct in the field, ostensibly to determine whether there is enough evidence to make a DUI arrest. In practice, however, officers often conduct these tests merely to gather evidence to potentially use against you in a court of law.

Officers use a Preliminary Alcohol Screening (PAS) Test to get an unofficial reading of your blood alcohol concentration (BAC). They can also put you through the paces of several mental and physical exams. The Horizontal Gaze Nystagmus Test measures pupil reaction time. Other tests — such as the Walk the Line, the One Leg Stand, the Rhomberg, and the Finger to the Nose — measure coordination and balance.

An officer who pulls you over for suspicion of driving under the influence in Long Beach may test your mental coordination by asking you (for instance) to recite the ABCs in reverse. The results of FSTs are by definition subjective – they are the officer’s opinion. Be aware that the National Highway Traffic Safety Administration (NHTSA) recognizes only 3 FSTs that yield significant results: The Horizontal Gaze Test, the One Leg Stand Test, and The Walk and Turn Test. But even these “gold standard” FSTs can yield a flawed diagnosis.

So what should you do if you or a loved one has been arrested for driving under the influence in Burbank (or elsewhere)?

One smart step is to retain a knowledgeable attorney – someone who has dealt extensively with Los Angeles DUI law. Attorney Michael Kraut of the Kraut Law Group can provide a free consultation for you. Attorney Kraut is a trial proven, Harvard Law School educated former prosecutor who really understands the law both in theory and in practice.

you have been arrested for a DUI in Long Beach or you are under investigation for driving under the influence in Southern California, please contact Los Angeles criminal defense attorney Michael Kraut for 24/7 assistance by phone at (323) 464-6453 or toll free at (888) 334-6344 or online.